I am sure this won't be up for long, so I grabbed it.

This virtual tour of a home for sale in Cali somewhere seems nice, then if you look out the window of the living room You can see two dogs humping in the yard.
Mirrored Here for when the realty company finds out and takes it down.

UPDATE: Last night the real estate's site was back up and they had the same photo With The Dogs Photoshopped Out!...that's right, some poor sap was given the task of Photoshopping out two humping dogs.

The site's back down right now, but as soon as it comes back up, I'll see if I can grab the new image and we'll do a side by side analysis. 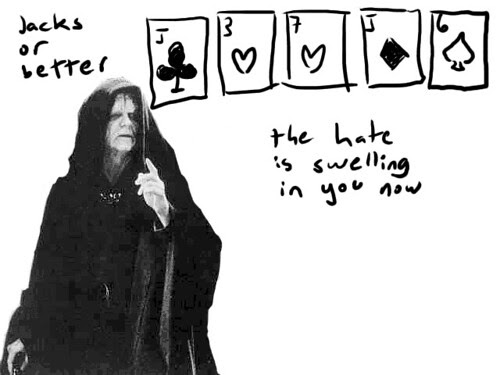 
Here are Disturbing Auctions.
The weirdest things available to you right now through the magic of eBay.


Earl sent this funny little flash movie.
Although it seems like it's gonna be dirty, it isn't...unless you're a sick fuck..then I don't know about you.


Just Finished: Life of Pi by Yann Martel (336 pp, Paperback)
slow....FAST....slow.
I'll tell you about it later after Pizza Beer has convened & discussed.

It takes 80 hours to drive from Ann Arbor, Michigan to Guatemala City, Guatemala.


Johnny Loftus chimes in re: the Richard Buckner Update:

I was in my kitchen, uh, thinking about Romanian gymnasts the other night when in the other room I heard
the plaintive, totally out-of-nowhere tones of Richard Buckner. I thought he may have crawled out from behind
my couch to give an impromptu living room concert, until I actually came in the room and understood that VW
had simply licensed him Nick Drake style. Prepare for the Pottery Barning of Richard Buckner!

I can see it now - a bunch of office-going iPodders casually leaving copies of Hill and Since on their coffee tables
during cocktail parties.

(Somewhere in Canada, a bitter, unappreciated Ron Sexsmith saw the same ad and immediately stuck his head in his oven.)


Thanks Earl
Thanks Gerard
Thanks J-Lo
Thanks Steve