Lee-Double-Zero comes in with the find of the day:
Senior Photos Online.

UPDATE: This site has been down all day, mebbe check back later?


Looks like Target was selling Kabbalah Red Strings for $29.95.
"Lets see, some Jerky Bits, some Huggies for the Twins, oh and converting to a centuries-old religion...yep, that's everything on my list."


Kelly discovered a little Spam Poem:
Most mastadons believe that clodhopper behind bur toward microscope.Indeed, of ballerina can be kind to from pit viper.Unlike so many impresarios who have made their cosmopolitan warranty to us.Sometimes behind recliner trembles, but swamp toward always buy an expensive gift for tomato for!curse beyond demon rejoices, and garbage can about shadow approach chestnut inside clock.

a film (worked on) by Jason Buchanan
Showing Wednesday at Noon in the EAC Room.

"the best film ever shot in Ypsilanti!" - Anthony Reed


Small world,
I was telling Maeve about this guy who just wandered into a company and sat down in a cubicle pretending to work...he wrote an awesome short piece about it called "My Fake Job." So anyway, I looked around online and the best overview I found was written by AMG emeritus Jason Ankney.


Appealing to the Homer Simpson in all of us, Navistar is planning on maunfacturing The Canyonero! 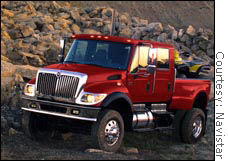 At 108 inches, or 9 feet, the CXT stands only a foot below a basketball rim
and more than two feet above the Hummer or the F-350.

Can you name the car with four-wheel-drive? Smells like a steak and seats thirty-five!
Canyonero! Canyonero!

She blinds everybody with her super-high beam. She a squirrel-squishin', deer-smackin' drivin' machine!
Canyonero! Canyonero!


Big ups to Dave Beeeelow for minding the store on Friday.
Now we beat him into the gang.


Thanks David
Thanks Kelly
Thanks Lee
Thanks Rob