These Doors To Remain Unlocked During Business Hours

If you're lookin' for Tsunami, you come to the right place. 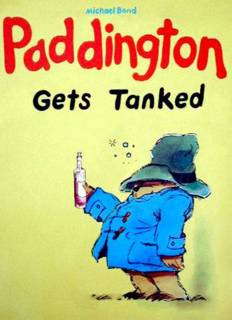 
Remember that crazy Japanese matrix ping-pong video? Here's a Pole Vault Version:
Not quite as good, but at least the guy's got fake legs.


A review of 2004 proves how wacky the auto industry really is.
Consider:

The much-maligned Pontiac Aztek sport-utility vehicle outsells the high-performance Pontiac GTO. So General Motors adds a higher output V-8 to the GTO for 2005 - and discontinues Aztek.

Jim Farley, head of Toyota's youth-oriented Scion division, says the boxy xB wagon that's uglier than Aztek is his top seller despite almost being vetoed when Toyota executives, shown the prototype, asked: "When do the clowns come out of it?"

The annual Reliability Study by Consumer Reports magazine finds the Buick Regal is more reliable than the Toyota Camry, the industry's top-selling car in 2003. After celebrating for an hour and a half, Buick drops Regal for an all-new LaCrosse for '05.

A national consumer survey finds that 64 percent of motorists demand that their vehicle have a cup holder - to hold the cell phone.

Influential J.D. Power and Associates releases its annual Dependability Study of owner satisfaction after three years. It rates the Chevrolet Prizm, Cadillac Eldorado, Buick Century and Chrysler Concorde among the most dependable in the industry - but fails to note that each has been discontinued.

Based on worldwide production figures, demand for Japanese cars is highest in the United States and Europe, lowest in Japan.

Humiliated after having to rename its exotic GT40 sports car the GT when it found another company owned the original name, Ford tries to save face by calling its 2006 midsize sedan Futura. It switches to Fusion after finding Pep Boys owns the Futura name for its tires.

Chrysler Group's chief executive, Dieter Zetsche, says he knew the 2005 Hemi V-8-powered Chrysler 300C was a hit after rapper Snoop Dogg called his office insisting he had to have one - and then calling his son to learn who Snoop Dogg is.

I'm actually really into that penguin in the back with the handbag...


I've only had dreamboats for roommates, but if you think you've lived with the roommate from hell,
you should read this story.
It culminates in such a bizarro David Lynch cinematic freakout it may be entirely false, but man oh man what a ride.


This kayaker gets a close encounter with a whale.
"Hmm hmmm, nice day for a kayak rideeeOH MY GOD That's a Whale blub blub blub ...blub...I'm OK, I'm OK!"