If you don't have a cock stamp, I'm not interested.

I've really been into these "Search Tickers" lately. They display what people are looking up on different search engines in realtime. 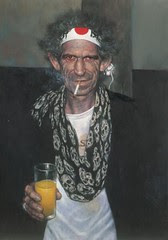 Keef at a festival in Argentina.

Two cool Dub Interfaces.
Go to either of those pages and click around on the little pictures. Get a good Dubby groove going. Now You're a Reggay Musician! Smoke a Jibber!

This girl at the office party gets a little tipsy on cheap champagne and starts telling the videocamera exactly what she thinks of her boss while he's standing right behind her.
Lumbergh!!!

This has been floating around for a while but I hadn't heard it 'til tonight. This guy witnesses a little fender bender while on the phone to his boss, then recounts in hilarious detail these four old ladies beat the crap out of the driver. (MP3)
It sounds like it could be a prank but Snopes gives some evidence saying it's true.

Thanks Steve
Thanks Dadid
Thanks Jeremy
Thanks Sara