'Member that time you were playing The Dozens with that fat girl/black kid and then Mr. T came out and sang a song about treating your mother right? 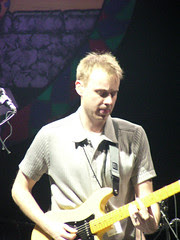 I dunno who's sitting on all this , but this guy runs a site called Detroit Radio Flashbacks Which has jingles, playlists and on-air recordings from the old Detroit stations.
Particularly fond of "Strong Songs FM 98 WJLB" and "Hottt Hits! W-H-Y-Teeeee!" in that weird old three-piece 'jingle singers' voice.

Some really nice and subtle color photography by Liz Wolfe.
Flash required and worth it. Interview here.

Last week Rob ways waylayed by one of those massive Burger King breakfast omlette sandwiches. This poor sap suffered a similar fate and documented it quite nicely.
"arrive at office. sit face-to-face with Enormous Omelette Sandwich;stare it down...it glares angrily at me and speaks in tongues."

Friend of mine found this potentially NSFW slot machine for guys.
Although to be honest you'd see more skin in a Sears catalog. 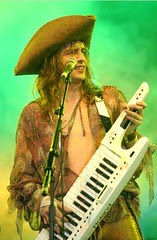 The Keytar player for The Darkness looks strikingly like a pirate.

Thanks Horkulated
Thanks David
Thanks Lee
Thanks Dan