You will soon be surrounded by good friends and laughter.

- PJ ordered Chinese today and that was her fortune:


New Porchsleeper home page on our website, with much new awesomeness to follow.
Check back every day for new junk.

Hyar, these enterprising weavers have created an online Wickerpedia.
Sorry, there were no exact matches for "wicker man".
Did you mean "wicker"?

Serious note:
Garth Girard, bassist of Bull Halsey and American Mars, has been diagnosed with stage 3 colon cancer and there is a benefit for him on Thursday July 14th starting at Conor O'Neil's and ending up at Rick's. Members of Porchsleeper will be at dinner and no doubt drinking at the show, so you'll be among friends. C'mon out.

For those of you who haven't heard, Garth Girard, bassist of Bull Halsey and American Mars, was diagnosed with colon cancer two and half weeks ago. He had surgery to remove a mass and within a few days it became known that he was already stage 3. For those of you who aren't familiar with cancer, there are four stages, four being the worst because it has attack a major organ (i.e.lungs, liver, etc.) At this point it is in his lymph system. It is treatable but it will be a long and invasive process. He will begin chemo and radiation on July 11. Garth is a father and the main provider for his family so this will be a very trying time for them. I can not imagine how difficult everything will be for this family and I am determined to do what I can to help.

Here is a flier that I would like to ask you to distribute to any and everyone. E-mail them, copy them, hand them out. The flier states that at Conor O'Neils on July 14 there will be a fundraiser. Go in anytime on that date and eat at Conor's then present this flier and 15% of the proceeds with go to the Girard family. This is a great excuse to eat out, meet up with friends for dinner and have a good time. There will be a silent auction at Conor's and there are some great items donated to this cause. There will also be a silent auction during the day.

Later in the evening, Rick's Cafe in Ann Arbor is opening it's doors for a very special musical performance by Garth's friend and former bandmates. South Normal and The Offramps will be playing starting at 10PM but come early. 100% of the cover ($7) for the evening is going to the Girards, so again bring friends. For those of you who live far away but want to help please contact me and I will let you know where you can send donations. All money will be used to offset Garth's medical expense and to pay for items health insurance will not cover. I appreciate any and all help getting the word out. I hope to see you at both Conor's and Rick's on July 14th.

Special thanks to The Fluoride Program for hosting the flyer online.

I guess if you need a good excuse to go on a road trip, finding places that have Mold-Making machines is as good as any.
Quote from Goody: "They have one at the Henry Ford Museum. They look like something from Lost In Space. When I saw the machine I thought 'Ooh! I want one!' but then I remembered that I was 30 years old and walked away."

This is certainly blogging for a small audience, but there is a hilarious thread of spoilers on the Firefly message boards right now, revealing spoilers from the movie.

- The movie was awesome. The only thing I found hard to believe was that Mal is Shepherd Book's son.
And it was really sad when Simon died.

- Omg it was so freakin' cool when Kaylee turned out to be a time traveler from another dimension!

- what was up with all that shrimp? it was like..a world with only shrimp.
so THAT'S why the alliance was after river..she took all of it and now the alliance has to live in a world without shrimp.

- so someone clear this up for me...what exactly was anna nicole smith's function in the movie? was she playing the new space alien?

- Why the hell was Pauly Shore's character even there? 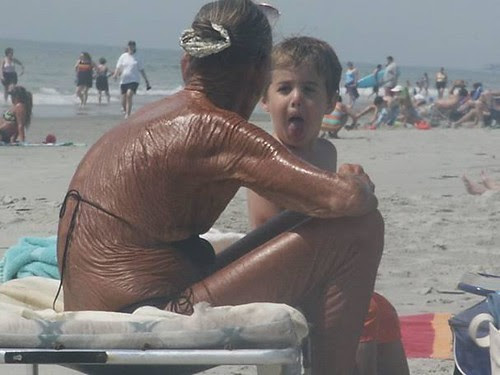 Man, that kid has the right idea.

So I'm off next week, but some guest blaggers will be filling in the cracks.

Thanks Goody
Thanks Lee
Thanks PJ
Thanks Steve