I hope you don't mind, I played with your gelatinous goo.

"May I take your order?" the waiter asked.

"Yes, how do you prepare your chickens?"

"Nothing special sir," he replied. "We just tell them straight out that they're going to die."

Yet another collection of Worst Album Covers
(Joyce, Tino, "Julie's Sixteenth Birthday" plus some new ones)
But I figure this one has to be a hoax 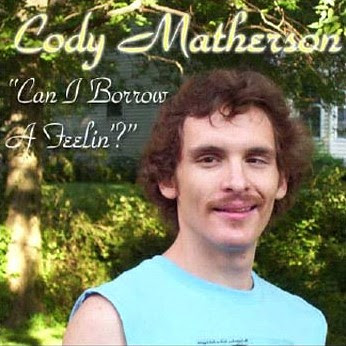 Anyone on the internet will remember the Lightning Bolt! Lightning Bolt! Sleep! video of grown up dorks playing live-action Dungeons and Dragons out in the woods, now there is an even better(?) clip of dorks doin' their D&D thang including invading a cardboard castle and slaying what looks like a papier-mache dragon buily by Mrs. Hollingsworth's fourth grade class.
Plus: A smoke machine and christmas lights to make it extra castle-y. 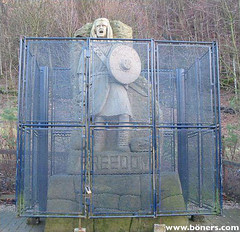 Nice photo of Charisma Carpenter in a bikini drinking a margarita.
Ah, so that's what she's doing with her career. Nice choice.

Pretty fun quiz where you pick a band and try to identify their album cover as it is flashed by, spun around or zoomed in on.
I got 90% on Pink Floyd y'all. Blacklight Party In My Dorm Room!!!! Woot!

Worth100 has a pretty good photoshop contest going where they've stuck Jessica Simpson in all sorts of historical locations (since she seems to be everywhere anyway).
Fave: Jessica and Groucho Marx share a malted. 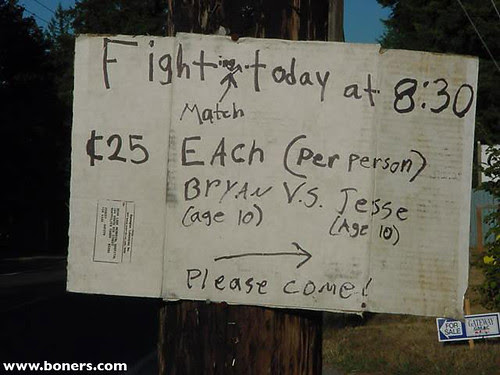 Thanks GoldenFiddle
Thanks Earl
Thanks Andy
Thanks Exquisite Dead Guy
Thanks Gerard
Thanks Boners.com
Oh Grambo Where Art Thou?