Funniest Thing of the Day!
Don't drink & dial. This guy is pretty jammed and he decides to call up his buddy while he's walking home from 6th street. It's a little random, a little existential, there's a little latent homosexuality...he just kinda drifts from topic to topic on the celly-cell. If you want to get in touch with B. Rose, his phone number is 512.970.5265.

Kind of like a found photo that you can listen to.

Cars Passing By. I am not a fan of gravel.

Whose wife got her husband the coolest birthday present ever? 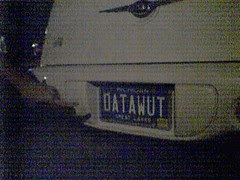 My wife, that's who.

According to a report from Diane Shamus of United Progressives for Democracy, military recruiters are having a job fair Wednesday at the Astrodome to try to sign up hurricane Katrina victims.
Boy, I can't wait until the conspiracy theorists get a hold of this. "George Bush destroyed the levee so that all of the poor people would have nowhere to go and would need to join the military and go over and kill Iraqis in order to feed their families." oh wait...that kinda makes sense.

The many faces of Courtney Love.
Why does she still have custody of that poor kid?

What's with all the suprisingly hot innocent chicks lately? Charlotte Church? Hey, where did those come from? Anne Hathaway? Hey, that movie looks gritty and urban, maybe we should rent it, huh sweetheart? Jennifer Love Hewitt? You didn't look like that back when I was forced to sit through Party of Five.
P.S. "Nice" girls are secretly dirty.

Know who I want to party with? 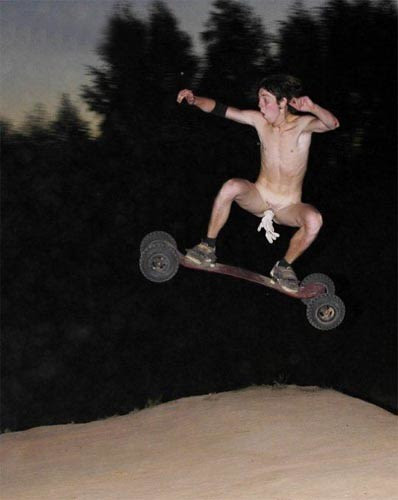 Although PJ pointed out that if this stoney bro wipes out sand is going everywhere.