You may have already seen this photo of a note from G. Dub to Condi during
the Security Council meeting at the 2005 World Summit, but Matt Tobey said it best:

I'm Most Troubled by the Question Mark 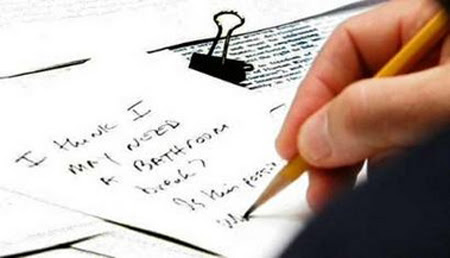 Bush: I think I may need a bathroom break?

Rice gingerly slides her finger down the back of the President's slacks and feels around for a moment.

it may be the "Okie Dokie" that really gets me.

Great collection of Velvet Paintings that look as though they actually may exist in the world.
Paris Hilton? E.T.? Yoda dressed as Fat Elvis? The world is an unusual place...

Here is the short film starring Bill Gates and Napoleon Dynamite, shown at some kind of nerdfest promoting Microsoft.
It's just funny to see Jon Heder trying to explain to Bill Gates why he's waking up in Napoleon's house because they met at Career Day...

Little cartoon of He-Man singing "What's Going On" by 4 Non Blondes.
The scene where He-Man and Man-At-Arms are I.M.ing each other might be my favorite part.

Photos of a pesky bear eating from a bird feeder suspended way up in the trees by a rope.
Real or Fake or Who Cares?

I can't say that I've ever been on the Jessica Alba bus, but between her damsel in distress role in Sin City and these photos I may need to ask for a transfer.
Although, I bet she's dumb...Doesn't she look dumb? Sorry Jess, if you've somehow stumbled across this, but I bet she's not much of a "reader"...y'know? She kinda looks like if you ask her if she's read any Thich Nhat Hahn she'd say "Like... what? Let's buy makeup, er whatever."

I figured I oughta post these before anyone in my family sends 'em to me:

There are photos floating around that people are saying are photos of clouds from Hurricane Katrina.
That part isn't true, but they are photos of actual clouds, and they are totally awe inspiring: