You Are A Fever

These folks with nothing but goodness and love in their hearts wrote out
"You Are Beautiful" in plastic cups in a chain link fence.

Obviously mean people changed it to say mean things,
but some folks changed it back to say nice things.
Such is the circle of life.

It's not too late for Pimp My Nutcracker is it?
The crunk chalices are particularly dope.

You're the man now Batman who is singing an insane song that repeats over and over and makes me laugh over and over.
ualuealuealeuale

Not only does this site have waaaayyy too much info about the Star Wars Holiday Special, but it also has This promo 7" sleeve for the Jefferson Starship song that they played on the show.

"The 1978 7-inch single, released around the same time as the Holiday Special, proudly proclaims on the cover "AS SEEN AND HEARD ON THE CBS-TV 'STAR WARS' HOLIDAY SPECIAL". On a double A-side promotional version, it also says "ESTIMATED VIEWING AUDIENCE 50 MILLION PEOPLE - PLAY IT NOW!". However, the association was soon dropped after the Special aired. In 1979 the single was reissued in a generic sleeve with no references to Star Wars." 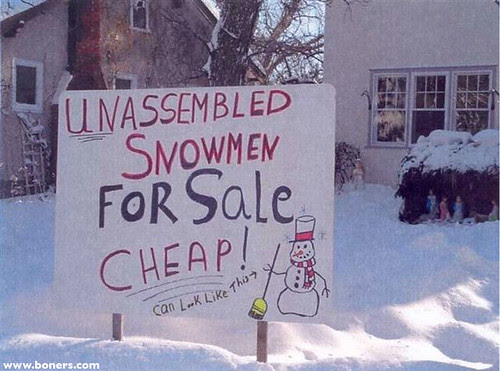 Thanks Exquisite Dead Guy
Thanks Boners.com