Funniest thing of the day!

I dunno if you saw "Shining" (the re-engineering of the trailer for 'The Shining' that made it seem more Cameron Crowe than Steven King) but some joker has turned Sleepless in Seattle into a horror film, with hilarious results.
Jeez, Meg Ryan, take it easy!

This guy's page lets you randomly generate three Garfield panels
which are often funnier than whatever the original strip was:

The Comic Strip Doctor points out the obvious flaws
of terrible comic strips and adjusts them to be funnier:

Sco-Jo ranks #28 in AskMen's Top 99 Most Desirable Women, up from #84 last year.
My question is, who are these other 27 imposters? Marissa Miller? Jennifer Hawkins? Amerie? ???
Image mosaic of all 99 at JustJared...if you can figure out who all of 'em are.

Cool rooms and hallways painted with optical illusions on the walls and ceilings so that if you stand in one place it all comes together.
Remind me not to take acid there. 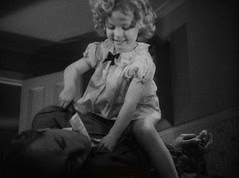 Google buying Napster according to the Post? No according to Google.
Google told Times Online today: "No, we have no plans at this time to develop a music store, or to compete with existing online and offline music retailers." It added: "Most of the details included on 'music results' pages are links to third-party information and sites. "

Go shopping at the Unclaimed Baggage Center, where airline luggage goes to die.
Hmmm...a book on falconry...now there's something I could use...and Falconing season is coming up...

Good 'Germany's Funniest Home Videos'-stylee collection of water-related bloopers.
The "Extreme Elegant" one on the diving board, and when the kid tries to throw the cat into the swimming pool. 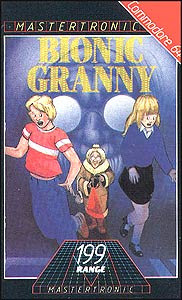 Thanks Lee
Thanks Alec...great site by the way.
Thanks Gerard
Thanks Paul
Thanks BoingBoing
Thanks Metafilter