Just move over to the next sink. The sink that works.

So I've been looking for this clip online for about...six years. It's a clip of cats making noises that sound like people talking...a couple are cute, but the one I really longed for was this pissed-off gray long-hair that was growling in such a weird way that they subtitled it. So now he's saying stuff like "Now Long Johnson" and "Oh Don Piano." Through the magic of Google Video, here is that clip.
I am a simple caveman, and talking animals really makes me laugh.

Went to see The Fluoride Program last night (terrific performance by the way) and the sound was really lousy. Not like regular bar lousy, but like Sound-Guy-Doesn't-Know-What-He's-Doing lousy. The problem was that the lead singer's microphone wasn't working. Like nobody could hear him when the band was playing. The two back-up mics worked fine -- any time Justin or Steve Mo-Drink was singing, it was fine, but Patrick was totally buried.

So here is my question/postulate: You go into a public restroom to wash your hands, and there are three sinks. You try the first sink and it doesn't work. What do you do? Do you try to turn the faucet on even more? Do you try to disassemble the faucet and replace it with one of the other faucets on the other sinks? Do you wander around and say "there's nothing I can do, I've turned the faucet all the way up and no water comes out"? No. You move over to the next sink and wash your hands. If one sink does not work, and the other two sinks do work, you just move over to the next sink.

The sound guy (who I'm sure is a swell guy, he was very nice and apologetic) said that the guitar was too loud. Even though both of the backup mics were clear as a bell, the reason we couldn't hear the vocalist was because the guitar was too loud. So Justin turned down his guitar. No help. So I suggested to Patrick "Hey, why don't you just try to sing into Steve's mic for just a copule of bars during the next song," and he started to move Steve's mic stand over closer to him, to which the sound guy said "That won't do any good! The guitar is too loud!"

Sir, How do you know that won't do any good? When you can hear the vocals fine through every other microphone on stage, what on the planet makes you so sure that having the lead singer sing through one of the microphones that clearly does work will not do any good?

It reminded me of the time at the Blind Pig when Porchsleeper did a 45 minute soundcheck while people were waiting outside the door simply because the newb soundguy stubbornly would not replace the XLR cable to the one microphone that wouldn't work.

Just move over to the next sink. The sink that works.

Big props to Paul and Eric from Dirt Road Logic who were just as concerned as I was.

This guy has a couple of good insights into G.Dubyah in this standup routine.
George Bush is kinda like a slot machine, any time he opens his mouth ihe knows he's gambling a little bit.

Ohio State Sen. Robert Hagan sent out e-mails to fellow lawmakers late Wednesday night, stating that he intends to "introduce legislation in the near future that would ban households with one or more Republican voters from adopting children or acting as foster parents." The e-mail ended with a request for co-sponsorship.
On Thursday, the Democrat said he had not yet found a co-sponsor.

Speaking of stupid politicians, Illinois Governor Rod Blagojevich does not understand the Daily Show. "Blagojevich says he didn't realize 'The Daily Show' was a comedy spoof of the news when he sat down for an interview that ended up poking fun at the sometimes-puzzled governor."
heh heh...Rod Blag

An open letter to BoingBoing.net:

Dear BoingBoing,
I love your website. The stuff you guys post is nearly always fascinating, hilarious or otherwise wonderful. Please stop posting those Subway Anagram maps. While the concept of moving letters around to make different, often hilarious phrases like "Lowdown Trendy A-Holes" and "Shorn to Taint" is an entertaining concept, you have posted like four thousand of these in the past two weeks. Much like Carrottop, that joke isn't funny anymore.

Sincerely,
Zac Johnson
Too Much Time On My Hands
much like Dennis DeYoung

Possibly the new Flaming Lips album available via Grambo's comments from yesterday.
I haven't checked it out. And probably won't, because any file extention that sounds like a noise a dinosaur would make (.rar) gets me all creeped out.

Yahoo exec Dave Goldberg sees value in playlists.
The playlist is key to Yahoo! adding value to digital music; it’s a unit of currency for users to create and share music with each other. Dave also gave a nod to Web 2.0 at Music 2.0, pointing to Web services as a way we will go “beyond the media player” with our music offerings this year. 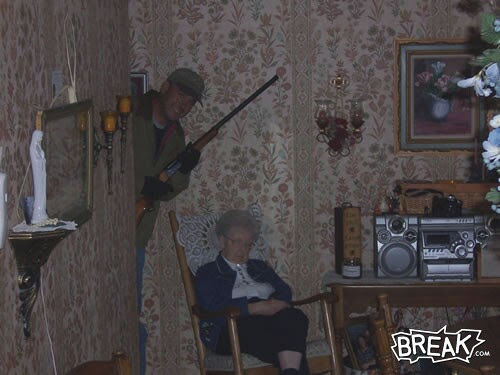 Sasha reminds us of an August afternoon we spent playing Nintendo at our friend Dave's house, when an intense game of Metroid was interrupted by the return of Dave's sister, who had spent all summer at camp. As we watched her disappear into her bedroom, we turned to Dave and said six words that no man should say to another man: "Dude, your sister's kind of hot."

Thanks David
Thanks Kelly
Thanks Break.com
i love you BoingBoing