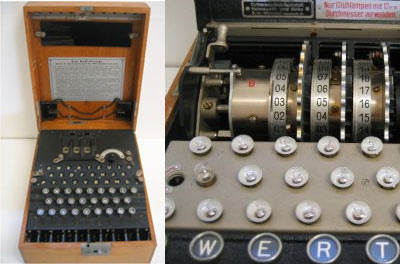 Play Nintendo-esque Basketball against Built to Spill's Doug Martsch and hear a new BTS song (which rocks by the way).
"Your ass will be suficiently kicked."

Good News Everyone! Charisma Carpenter wants to play Wonder Woman!
Equally good news! Photos of her in a bikini!

This video teaches us something worthwhile: Big dumb rock needs big dumb videos.
"I beleive a D.L. Rothenstein or some such person won a Nobel prize for his compelling work on this theory." - Professor Below

Chris Christmas Rodriguez? I have no idea, but the first video/commercial is totally worth watching.
I have seen (and I believe posted) just the little gif of him arriving at the dinner table. I seem remember the poindexter in the argyle sweater saying "Pwnt" at that point.

Pink Floyd's Publius_Enigma: The Publius Enigma is a puzzle connected with Pink Floyd's 1994 album The Division Bell.
Although still unsolved, it was perhaps the first Internet-based promotion for a major band, coming at a time before most artists or record labels had any kind of official Internet presence.

Bill Hicks' infamous "I'm a Dumb C*nt" performance available on Google Video.
If you're not a fan already this isn't the show to start with.
But as a fan it was great to see how he handles a bad night. 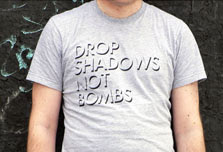 Font dorks and peaceniks only

Thanks Goody
Thanks Metafilter
Thanks BoingBoing
Thanks David
Thanks Steve
Thanks Waxy.org