The Dick Tracy/Garfield strip from yesterday:

As I am never truly satisfied, I requested some Ziggy-meets-Something Bizarre.
It's tough, because Ziggy is a single panel strip, and so many of the one-panel daily strips are pretty innocuous (the Family Circus, Marmaduke, Heathcliff), so the Ziggy text would not be funny. I suggested attributing the Ziggy line to a photo of an abducted child, but he opted for The Far Side: 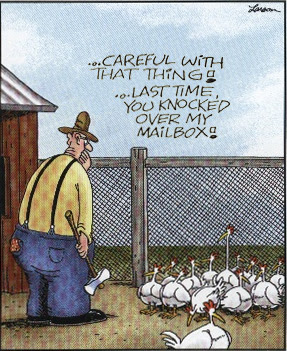 and y'know what? it works.

The trailer for Samuel L. Jackson's next oscar winning role: Snakes on a Plane.

From the MetaFilter comments:

I hope this film starts a trend...
"Bears on a Boat"
"Lions on a RollerCoaster"
"Bees on a Wheelchair"
Go Hollywood!

Know what makes me laugh? People falling down.
Water skiing, sledding, go-carts...I could watch it for hours. 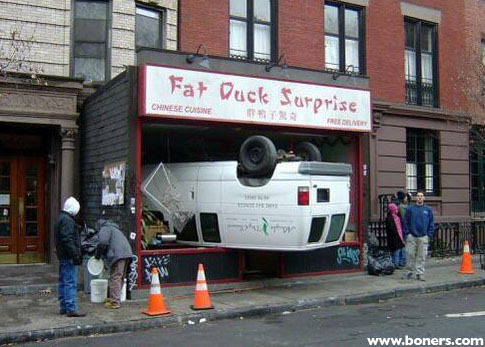 Did you hear about the game that Penn & Teller invented for the Sega home video game console? You drive through the Nevada desert for eight hours in real time, and when you get to Las Vegas, you get one point.

I am wayyy into that.

I am cracking up right now just thinking about how awesome that is.

P.S. I may be going fucking crazy.

How come nobody told me Carrie Fisher was in The Aristocrats?
The whole thing about Debbie Reynolds (her mom) being a golden shower queen and that being the whole original concept behind "Singin' in The Rain" is hilarious.