AllMusic.com got a facelift this week, expanding the site width, and adding some new editorial features on the front page.
I like it. We look like a 21st century website now.

For those of you who don't know, "O RLY?" is innerweb/chatroom parlance for "Oh Really?"...sort of the "No Shit Sherlock" for those whipper snappers of today.
Wiki here.

Anyhoo This guy's company was looking for a mascot and he suggested an owl named Orly. 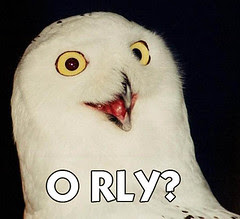 He's now sitting back and waiting patiently to be fired.
He and his friends even made up a little song:
O, Orly's an o-wl
Orly's an o-wl
Soft be his down and
Mighty his claws

Yeah yeah Firefox fixed a bunch of bugs but they still have not fixed this bug that I keep bitching about.
Kind of a big deal since pretty much all of the projects I deal with at work deal with asx files.

The ultimate in workplace toys: CubeFigures.
I like how the only way you can get the black people is by ordering the "Expansion Set"...effing typical.

Uh...I get fan fiction, and I kinda understand McDonald's McGriddle breakfast sandwich, but McGriddle Fan Fiction?
"President Roslin stared at the object. It was almost familiar, and yet there was something not right about it. She didn't trust it. She knew the Cylons expected the humans to embrace this new breakfast sandwich, to embrace it and include it as part of their daily routines. But Laura, like many of those loyal to Admiral Willian "Husker" Adama, captain of the Battlestar Galactica, was suspicious towards Sharon and the rest of the Cylons."

Top 100 Google Videos ranked by users? Or number of views? Dunno really.
See what other people like seeing.

MeFi Projects Top 10: The top-voted endeavors on MetaFilter's Projects page.
Well, lookit number 4 for April! It's BabyRoadies! How 'bout that?!? 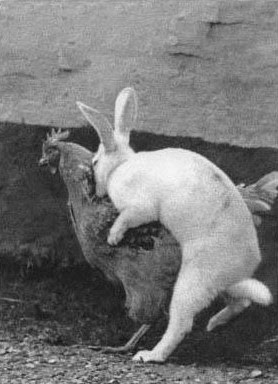 Thanks Waxy
Thanks Rachel