Check out this junk:

Some friends of yours and mine have started a fake(ish) gossip website called Junkiness.

Favorites:
This post about Yakov Smirnoff reveals many things.
3. Numbers can go higher than 5,999.
4. I can’t make my computer turn into a hotdog with my mind.

This guy drank 70,000 Coors Lights and just left the cans in his apartment. 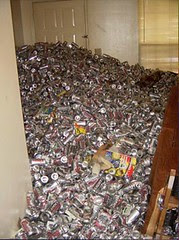 Actual story or Coors Light viral marketing?
There is a Video newscast on that site but the player only works in IE
and you need to go through a couple steps to get it to run. a total pain.

Too hilarious.
This African guy was mistaken for an industry insider, whisked into a television studio and asked his opinion on the whole Apple Music/Apple Computers ruling. The look on his face as they introduce him as the editor of Newswireless.net is absolutely priceless.
Poor guy, he had shown up for an entry-level job interview and got thrown into this live on-air situation. I also think that the interviewer gets notified that he's not the right guy somewhere in the middle because she gets totally flustered all of the sudden and moves to something else.

This page shows you how to use Google's English-to-English translator to get around blocked sites at work. All you need to do is paste this in as the URL: http://www.google.com/translate?langpair=en|en&u=www.datawhat.com (with the last part changed to your favorite pr0n site or whatever) and it should pop into place.
Y'know, if you work in a Communist country.

Two of my favorites: "Everything's comin' up Millhouse" and "Abortions for some, miniature American flags for others!" appear in the Onion's article of non-D'OH Simpsons quotes to use in everyday speech.
"Ohhh. I've wasted my life."

Pictures of the Catholic University Women's Lacrosse Team who were caught getting down with a male stripper.
No nudity, but a beefcake guy in a thong and simulated beejer-ish activity...possibly NSFW.

The long-lost deleted Luke & Biggs scene from Star Wars has surfaced on YouTube.
See it quick before Rick McCallum takes it down.

...which led to this little Robot Chicken animation of the Emperor getting the phone call that the Death Star was blown up. Hilarious! I never thought about that! How would that have gone down?
Plus, the part where he puts Vader on hold and orders a sandwich is pretty funny too. 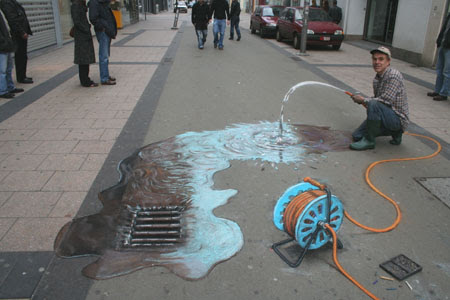 Plus: the guy's name is Beever!