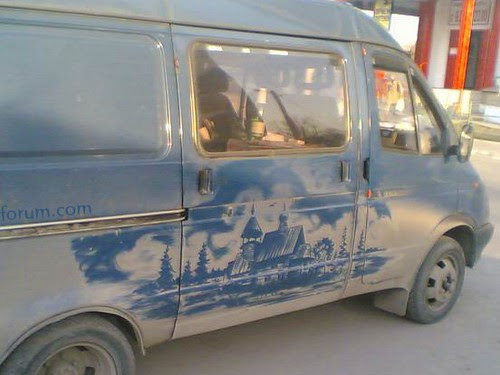 Very nice artwork painted in the dirt on the side of this van.

This guy learned how to sing Stairway to Heaven backwards and here is video of him singing it backwards backwards, so it sounds forward.
Well...forward in that weird Black Lodge kind of way.

Really hot footage of The Pretenders in 1980 before everybody started dying.
They do "Precious' and "The Adultress."

KrupsJustSayin is a blog after my own heart.
Some funny, some political, some punk rock...hits me just right.

Uh, this squirt gun that shoots streams of thick white goo is pretty unsettling.
And the fact that these pubescent boys are really into pumping it and getting splooged is equally disturbing.

Super dork alert!!! The characters of Battlestar Galactica drawn like The Simpsons.
Now lets write some Battlestar/Simpsons fanfic! And read Manga! And pretend we're Japanese! And do other geeky things that I don't even know exist!

PinkIsTheNewBlog points out how weird and droopy Jessica Simpson's boob is. 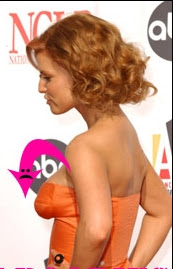 That really bums me out me for some reason...
I always imagined her having really nice boobs.

Imagine how her creepy dad feels!

Thanks Metafilter
Thanks Trent
Thanks Sam
Thanks BoingBoing
Thanks KrupsJustSayin