A Hard Day's Night is playing at the Michigan Theater on Tuesday, June 13 at 7:00, and if you've never seen it on the big screen, you really should. I'm always amazed at what a punishing band they were, especially Mr Starkey on the drums.

When my Dad gave me a copy of The Beatles Live at the BBC on CD, he encouraged me to listen to them as just a really tight R&B band. Strip away all of the history and what you already know about them and Beatlemania and everything, and just think of them as four guys who did an extended tour in the shitty German beerhalls and just cranked out like four or five hours of music a night.

They were like the original punk band, pulling the wool over everybody's eyes.
Plus they were bloody hilarious. Checkkit:

Anyhoo, I'm going next Tuesday if anybody else wants to go.
In actually sad news, Abbey Road-era keyboardist Billy Preston has died.
He may have been the "Fifth Beatle" but he'll always be the first black Beatle in my heart...if you don't count John Lennon.

"And when you enter the workforce, you will find competition from those crossing our all-too-porous borders. Now I know you're all going to say, "Stephen, Stephen, immigrants built America." Yes, but here's the thing--it's built now. I think it was finished in the mid-70s sometime. At this point it's a touch-up and repair job. But thankfully Congress is acting and soon English will be the official language of America. Because if we surrender the national anthem to Spanish, the next thing you know, they'll be translating the Bible. God wrote it in English for a reason! So it could be taught in our public schools.

So we must build walls. A wall obviously across the entire southern border. That's the answer. That may not be enough--maybe a moat in front of it, or a fire-pit. Maybe a flaming moat, filled with fire-proof crocodiles. And we should probably wall off the northern border as well. Keep those Canadians with their socialized medicine and their skunky beer out. And because immigrants can swim, we'll probably want to wall off the coasts as well. And while we're at it, we need to put up a dome, in case they have catapults. And we'll punch some holes in it so we can breathe. Breathe free. It's time for illegal immigrants to go--right after they finish building those walls. Yes, yes, I agree with me."

I feel pretty confident that I'm the only one on the planet who noticed, but the formerly spectacular ScarlettJohansson.org is now a horrid mess of popups and epilepsy-inducing flash ads with almost no content at all, but the old terrific version of the site has been resurrected at Scarlett-Fan.com.
And my links have been adjusted accordingly, thank you very much.

David Cross takes Larry the Cable Guy to task in letter form.
If nothing else, read the second paragraph which starts with SO, I went and got your book, "Gitting-R-Donned" and then read how he signs off the letter. 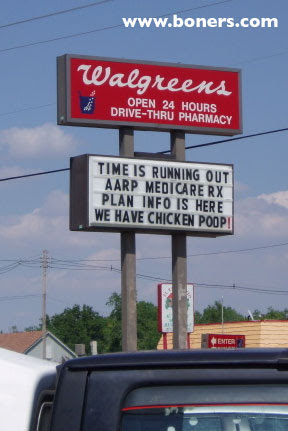