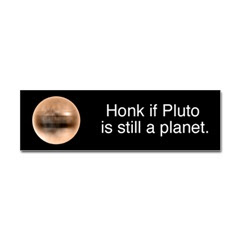 Ballsy video for "Walk Away" by the James Gang.
Discovered via Goldenfiddle under the title "Fuck Wolfmother" and y'know what? They're right. Joe Walsh looks like a fucking tiger and he just EATS that guitar, man. What a monster.

Spirit Airlines is running a weird Mullet Sale.
Business in the front, party in the back I guess...

Attention Lost fans who like spoilers: Some guy who has been playing The Lost Experience game all summer is posting his findings here.
I haven't had a chance to dig through it, but some of the stuff is really choice. DeGroot!

This lady seems pretty upset: she's selling her husband's bass on eBay.
She also seems very British, and they swear really weird over there. I mean really f-----g weird. Sometimes it's G--D----d hard to understand what they're s----g. 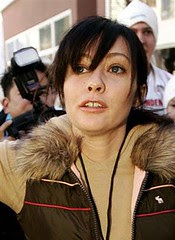 Geez, what is happening with Shannen Doherty's face?
Reminds me of that Twilight Zone episode where they take the bandages off
and Ellie Mae is beautiful but everybody else has those pig noses... 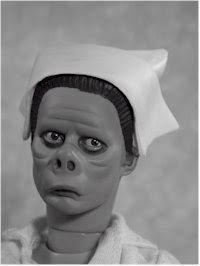 Thanks BoingBoing
Thanks Dan
Thanks Bob
Thanks Derek
Thanks Scott