Attention Non-Breeders: Just because I had a kid does not mean that this blog is going to go all wishy-washy on you. From what I can see from my SiteMeter stats, the majority of you are looking for nude photos of Gretchen Wilson or an Alan Rickman soundboard, and that is a responsibility I don't take lightly.

Oh, and for the guy who came to DataWhat looking for information regarding "why didn't bill murray dong scarlet johanson in lost in translation" you've come to the wrong place. I cannot help you.

Oh Ben Affleck...in this 2004 clip he is interviewed by Anne-Marie Losique for Montreal TV(?) and he is obviously hammered. He drags her onto his lap and grabs at her boobs.
You Daredevil.

The complete Alvar Hanso/Dharma Initiative video pieced together from the fragments of video released on hansoexposed.com.
I watched it, and I still don't really understand it. You could say I'm lost.

Really moving home video footage of the World Trade Center on 9/11 without CNN voiceover, without news flashes. Just somebody's home camera for a half hour.
I remember that same total confusion and disbelief.

Seriously, if you aren't checking Neatorama on a daily basis, I...I don't know if I can help you.
The most high-quality linkage anywhere, with a bent toward science and childlike wonder. I am constantly impressed.

Trickster fox Banksy is at it again, smuggling a life-sized statue of a Gitmo Bay inmate into Disneyland.

Families visiting Disneyland on their holiday this week saw a life-size Guantanamo bay inmate standing inside the Rocky Mountain Railroad ride at Disneyland in Anaheim California.

The sculpture, consisting of an inflatable doll dressed in an orange jumpsuit with its hands and feet manacled remained in place for one and a half hours before Disneyland’s security staff shut down the ride and removed it amid fears over public safety.

Geico was a sponsor during the US Open so we saw these commercials about seven thousand times. The concept was to pair a regular Geico insurance customer with a famous person.

The best one.
Little Richard is totally totally insane...and he knows it.


Also good: This guy is the deep-voiced movie voiceover guy.
The look on his face at the end is very funny. 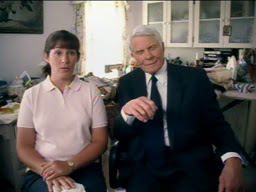 Peter Graves talking about putting on Tangerine Lip Gloss is a winner.
Click here to watch since this one is not on YouTube.


By far the worst one.
Verne Troyer is not an actor, he is a midget.
This is just uncomfortable.

Thanks Exquisite Dead Guy
Thanks Neatorama
Thanks Perry
Thanks Dan
Thanks Waxy.org