Get your own business cards made of MEAT AND LASERS

So these folks at Meatcards had a vision and a dream and (obviously) a business plan that one day the world will collapse in a fiery apocalypse and the only thing left to eat will be our business cards. Therefore they decided to start laser etching business cards into slabs of meat. 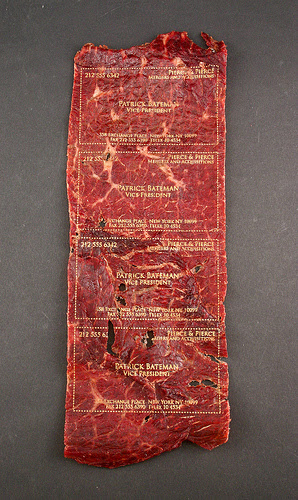 My God it's full of Meat and Win.
As if that wasn't genius enough, they had the foresight to run a contest asking regular joes to re-create classic Frank Frazetta paintings with some important rules to consider:

Do not halfass the photo. If there is a dinosaur in the painting, there had better be something awesomely dinosaur-y in your picture. Not a stuffed animal, or your cat. Unless your cat is six feet tall and has a wicked gleam in its eye. We will be judging on creativity, ingenuity, and attitude.

No photoshopping. No shooping whatsoever. We have shooped the whoop many times, and we will be able to tell.

Judging is gender-agnostic. That's a man in the bikini holding the knife? Fine! We will judge based on whether he's successfully achieving the Fierce Frazetta Stance. Gender and body morphology do not matter in the contest, but attitude, creativity, and costume do.

Pictures do not need to be work-safe, fully clothed, partially clothed, tasteful, appropriate, or attractive.

A couple of examples lifted from BoingBoing (since they did what I was going to do): 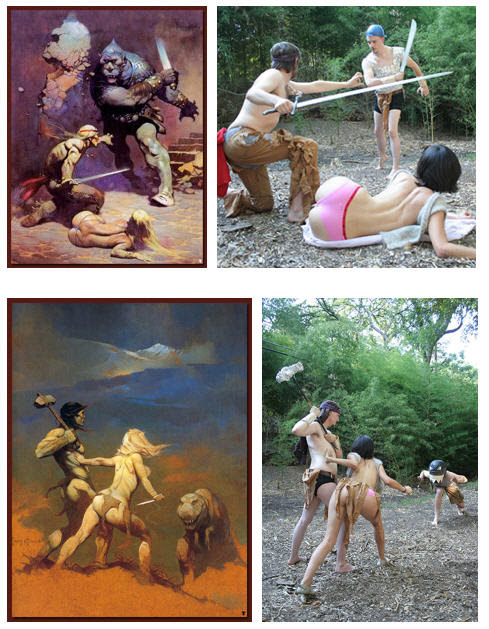 oh, and if you need a larger shot of "The Best Photo Evar" it can be found here:

I also gotta hand it to these bros for a lot of reasons: 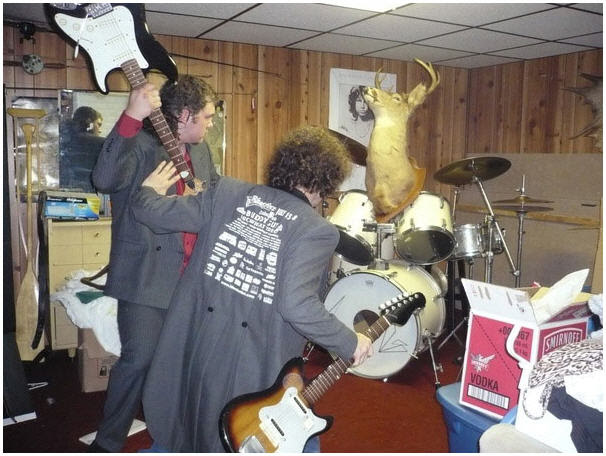 They seem to own symphony conductor-style suitcoats with tails that may or may not have Buddy Guy tour dates silkscreened on the back.

They went through that entire case of Smirnoff Vodka just before this shoot.

When they needed something huge and fierce to resemble a dinosaur, they obviously gravitated toward the drum kit with deer head attached.