February 2011 Album of the Month

The Decemberists "The King is Dead" 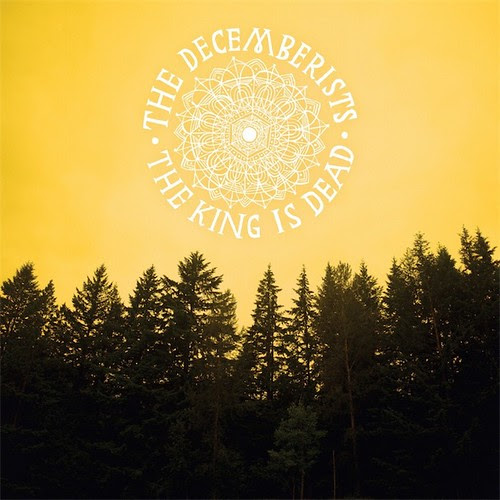 Listen for free here on Grooveshark
Some folks may remember that a million years ago I used to have a CD Of The Month club where I would let folks know the album that most struck my fancy that month. Maybe I'll start that up again.

I've liked the Decemberists ever since stumbling upon their 2005 album Picaresque but some folks complained about the preciousness of the lyrics and the fey/maudlin maritime themes (coming from some dudes that have clearly never spent a winter on an Alaskan crab boat). 'The King Is Dead' changes a lot of that by teaming up with Americana sweethearts Gillian Welch & David Rawlings and R.E.M.'s Peter Buck. 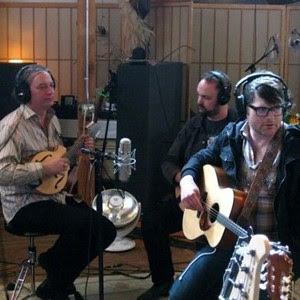 As I was remarking to a buddy, on this album "They're making songs with more focus on the song and less focus on their thesaurus or old scrimshaw carvings" 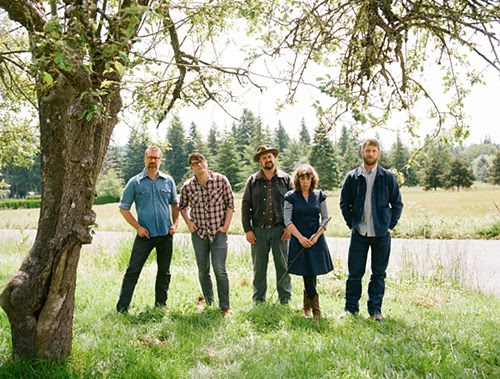 Favorite tracks include "Calamity Song" which could've been one of the B-Sides from "Out of Time" like "Texarkana" or "Near Wild Heaven," and the song "Rise to Me" partly because of the Neil Young "Harvest"-era pedal steel, harmonica & harmonies, and partly because it uses the name Henry in the lyrics of the song.

AllMusic.com Review:
The Decemberists' fifth, full-length studio outing finds the Portland, OR-based indie rock collective exploring a region that has thus far eluded them. Raised on a steady diet of Morrissey, Robyn Hitchcock, Shirley Collins, and Fairport Convention, The King Is Dead represents frontman Colin Meloy's first foray into the musical traditions of his homeland, or more specifically, it proves that he really, really likes R.E.M. “Calamity Song,” which is one of three tracks to feature guitar work from Peter Buck, threatens to break into “Pretty Persuasion” or "So. Central Rain (I’m Sorry)" at any moment, and first single “Down by the River” flirts with “The One I Love” hard enough to take it on a long weekend, though Meloy has stated that the track “started out as more of a paean to R.E.M. than I think any of us really wanted it to.” David Rawlings and Gillian Welch also join the party on a number of tracks, lending their instantly recognizable voices to two of the album’s finest moments, the Wildflowers-era, Tom Petty-inspired “Don’t Carry It All” and the lovely, Paul Simon-esque “June Hymn” -- Meloy and Welch, the former a Montana-born Anglophile and the latter a California girl with a fetish for dust bowl Appalachia -- harmonize nicely, canceling out each other’s vocal affectations. It’s by far the clearest and most commercial collection of tunes the band has amassed to date, but it’s also the least interesting. It may sound like a cross between Camper Van Beethoven's Key Lime Pie and R.E.M.’s Automatic for the People, but none of the tracks have the gravitas or potential staying power of a song like “Sweethearts” (CVP) or “Find the River” (R.E.M.). That said, it’s a refreshing change from the usual compilation of bibliophile, sea shanty/murder ballad, and while the Led Zeppelin III-style rural overhauling may isolate fans who prefer the serpentine, progressive art rock of albums like The Crane Wife and Hazards of Love, it opens up a whole new continent for the band to explore. - James Christopher Monger 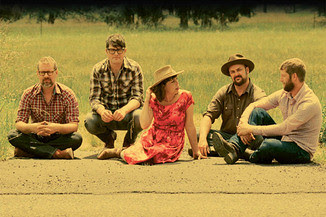 Maybe buy it at Amazon MP3 or maybe on the iTunes?
Comments: 0