Whoa. I just saw Tadd Mullinix outside Thanos today (looking preeee-cisely like Travis Bickle from Taxi Driver) and now I just heard the Dabrye song "Hyped-Up Plus Tax" in a Motorola ad on the televizzle.
See the ad and jam out to the tune here . 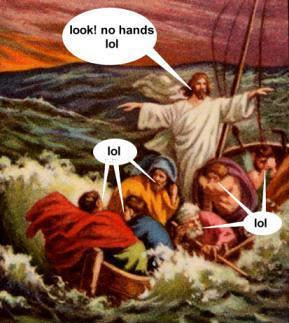 man I think these are funny...

I thought the innernet struck prevert gold today when someone sent me a link to Jenna Bush undressing on the beach.
Turns out it's a a hoax, but that doesn't stop me from dreamin'...oh and if any female DataWhat patrons can explain to me what is happening in foto 5, I'd really appreciate it. What in the world is happening down there?

Oh, and Rob Thomas' record debuted at no.1 on Billboard.

#1. Goddamn, that's a lot of white people buying albums. You know they all bought it and then ate a big dinner of fried pizza shooters and flair at Chalotchkie Malone's to celebrate. "Honey, finish your francheezie! 'According to Jim' starts in 10 minutes, and after that I'll require you to perform during the first minute of Rob Thomas' new solo joint!"
Rant provided by a bitter bitter man who wites his e-mails in a little little font.

Wow, some people are really tan,and other people have small heads, this lady(?) has the best of both worlds.
She makes me think of tomatoes for some reason...

"I looked into the trap, Ray."

Thanks George
Thanks J-Lo
Thanks Lee
Thanks Horkulated