Pretend the wall behind your screen looks exactly like .:DataWhat?:.

I come to the game a little late, but guys taking photos of what's behind their monitor and using that as their wallpaper (i.e. "Transparent Screens") is nerdy and cool.

Beyond nerdy: Maeve and I listened to Monty Python's "Spamalot Original Cast Recording" today.
Highlight: The little Klezmer bridge during the song "You Won't Succeed On Broadway (if you don't have any Jews)"...Jennifer, you'll scream like a pitsele meydele. 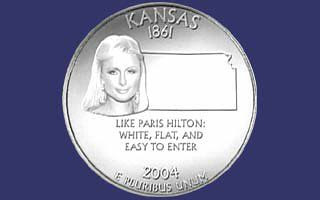 Justin Hawkins from The Darkness recording a solo album?
I'll listen to it.

'Member that Professor that had his laptop stolen? Looks like he made up a lot of that stuff just to try to scare the kid into bringing it back.
Fooled me, I was about ready to give him mine, just in case.

All Right! Looks like they're screening Serenity in Chicago next week!!!

What's that? it sold out before 7am this morning? Dong Ma!

Ah well, I'll just pull that gun away from my mouth and read this interview with Nathan Fillion and Adam Baldwin instead.

Nash: Yeah, you have the English-Chinese dialect...how difficult was that?

Adam: Not too hard.

Adam: Now, if it was long passages, there were some guys -- like Alan (Tudyk) – who had a lot more trouble with it.

Nathan: Alan couldn’t do it.

Adam: Dong ma, yeah. There were some other characters that had more of it,but it didn’t affect me.

Nathan: I had a lot of trouble saying, “The explosive diarrhea of an elephant.”

Nathan: Heh, no. Not a slippery phrase. 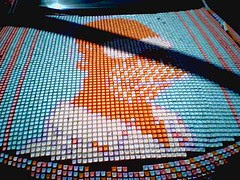