"As long as you've decided to drink all day,
there's nothing wrong with starting early in the morning."

Brian and DerekSleeper perform a rare stripped-down show
this Saturday night at The Belmont.
Don't worry, you can still get drunk even if the guitars aren't plugged in.

Bored with nuthin' to listen to? Man oh man you chould check out Soul Club.
Seriously deep soul cuts from the '50s and '60s streaming at the touch of a button.
Coolest function: Type a number into the "Random Playlist" window and stream your own hot-shit soul jams playlist.

Terrific New Order fonts available for the download.
Now my mix tape can finally be completed.

TEACHER: Why are you late, Frank?
FRANK: Because of the sign.
TEACHER: What sign?
FRANK: The one that says, "School Ahead, Go Slow."

TEACHER: John, why are you doing your math multiplication on the floor?
JOHN: You told me to do it without using tables.

TEACHER: Glenn, how do you spell "crocodile?"
GLENN: K-R-O-K-O-D-I-A-L"
TEACHER: No, that's wrong
GLENN: Maybe it's wrong, but you asked me how I spell it.

TEACHER: Gus, why do you always get so dirty?
GUS: 'Cause I'm a lot closer to the ground than you are.

TEACHER: George Washington not only chopped down his father's cherry tree, but also admitted it.
Now, Louie, do you know why his father didn't punish him?
LOUIE: Because George still had the axe in his hand.

TEACHER: Clyde, your composition on "My Dog" is exactly the same as your brother's. Did you copy his?
CLYDE: No, teacher, it's the same dog.

TEACHER: Harold, what do you call a person who keeps on talking when people are no longer interested?
HAROLD: A teacher? 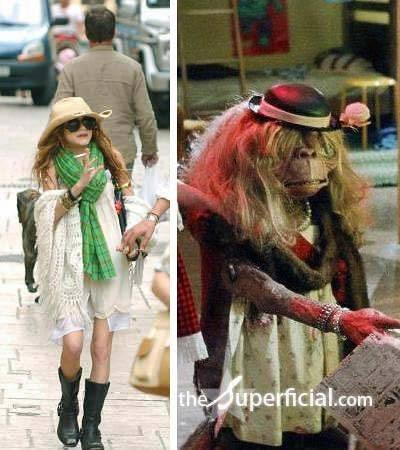 one of the Olson twins needs to phone home

Slate has a terrific list of incongruous ads in songs.
The big winner is Royal Caribbean Cruise Lines, which used Iggy Pop's "Lust for Life" in a series of spots.
"I don't know what Iggy means when he says that he's 'had it in the ear before,' but I'm sure Royal Caribbean won't allow it on their cruise ships."

Third place goes to Mercedes-Benz's use of Janis Joplin's "Mercedes Benz":
"I've always wondered about Janis Joplin's 'Mercedes Benz,' which I always interpreted as a song critical of capitalism and materialism through the tragedy of poor people asking God in despair for the ultimate upper class status symbol which somehow will erase the pain of poverty. Joplin did drive a Porsche. Then again, she probably vomited in it."

Another winner:
"It all started with the posthumous butchering of Nick Drake's 'Pink Moon' for Volkswagen (the spot pictured four carefree slackers driving in a convertible to a party they decide not to go to because they are having such an awesome, non-lonely, super-unsuicidal time together).

Is Madonna wearing a Porchsleeper t-shirt on the March 2001 cover of Interview Magazine?
Wow. She was ahead of her time... 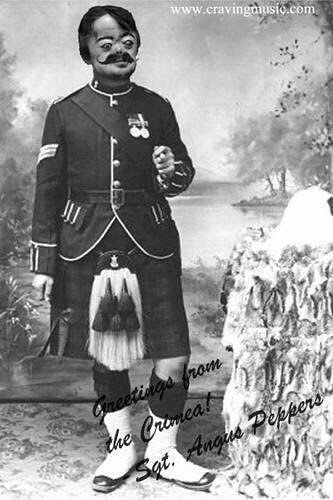 Thanks Collar
Thanks Rob
Thanks David
Thanks Earl
Thanks Lee