Payola Marches On!
Here is a PDF of the actual e-mails passed back and forth between Sony employees.
Man is this ugly. They might as well be talking about Lumber or Auto Parts, but instead they're peddling what should be considered works of emotional resonance and pure expression...OK, some of the conversation is about J-Lo singles, but the rest of it is high art.

Christopher Lee to Perform with Manowar at a German heavy metal festival.
I'd expect Ian McKellan to want to hang out with a bunch of oiled shirtless dudes, but Christopher Lee?


Speaking of Manowar, they show up on the revamped Bad Album Covers top ten list. While number one is still that creepy pedophile Scorpions cover, the number two (no pun intended) gives it a run for its money: 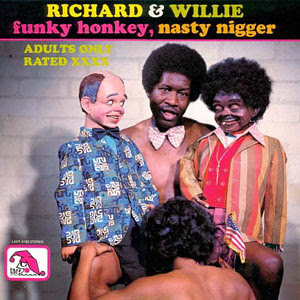 A truly mirth-invoking series of Military Hand Signals and what they really mean from Horkulated.
Personally I'm a big fan of the gestures for "This gear is heavy, I could use a back massage" and "Are there two teams or what?"

This old dude gets busted totally checking out Sco-Jo's rack.
What a dirty old man! I am shocked.

Speaking of babes, here is a great photo shoot of Charlize Theron pretending she's Marilyn Monroe.
All kidding aside, I think the best thing she could do for her career after winning an Oscar under six pounds of grotesque makeup is to do a photo shoot where she emulates one of the most celebrated beauties of the Golden Era of Hollywood. Good show.

Two antennas meet on a roof, fall in love and get married.
The ceremony wasn't much, but the reception was excellent.

Two hydrogen atoms walk into a bar.
One says, "I've lost my electron."
The other says, "Are you sure?"
The first replies, "Yes, I'm positive..."

A jumper cable walks into a bar.
The bartender says, "I'll serve you, but don't start anything."

A dyslexic man walks into a bra.

"Doc, I can't stop singing 'The Green, Green Grass of Home. '"
"That sounds like Tom Jones Syndrome."
"Is it common?"
"It's Not Unusual."

An invisible man marries an invisible woman.
The kids were nothing to look at either.

A man takes his Rottweiler to the vet and says, "My dog's cross-eyed, is there any thing you can do for him?"
"Well," says the vet, "let's have a look at him." So he picks the dog up and examines his eyes.
Finally, he says, "I'm going to have to put him down."
"What? Because he's cross-eyed?"
"No, because he's really heavy."

I went to buy some camouflage trousers the other day but I couldn't find any.

I went to the butcher's the other day to bet him 50 bucks that he couldn't reach the meat off the top shelf.
He said, "No, the steaks are too high."

Hopefully you remember most inept weatherman ever, well now here's a weatherman with a sudden outburst of Tourettes syndrome while on the air.
Nice profesionalism there guy. 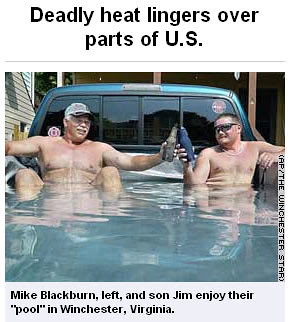