Everybody's got their thing. Some dudes like football, some dudes rock out to killer tunes, some dudes all of the sudden channel Jim Anchower in their blogs for some reason, But this guy really likes to write stories about Roy Orbison being wrapped up in Saran Wrap.

'I happen to have a roll of cling-film with me,' I offer diffidently. 'Perhaps that would serve?'

'It will have to. Wrap that man in black in cling-film at once or it will go badly with you.'

'Very well.' Trembling, I take out the cling-film. 'I am sorry Roy, it looks like I have no choice.'

I start at the feet and work my way up. I wrap him as tenderly as a mother swaddling an infant. I marvel at the play of light on the miraculous translucence. Soon, Roy Orbison is entirely wrapped in cling-film. I thank God that I was born to live this minute.

'He is completely wrapped up in cling-film,' I report.

Terrific pull quote from this Chinese bootleg DVD of
The Hitchhiker's Guide to the Galaxy:

Fans of quirky indie comedies and the fine acting chops of Dave Serra should check out this advance trailer for the movie The Inventor.
Takes a second to load, but brother, it's worth it.

Stop The Bop=Terrifically horrible idea: These students are playing "MmmBop" by Hanson over the school's loudspeakers before shool, between classes, and after school until they raise $3000 for Hurricane Katrina relief.
The school's principal, Dr. Maureen Thiec, says some of the teachers "have given very generously."

Wow, y'know what I'm realizing? Paul Simon's 1983 album "Hearts and Bones" album is really terrible. Although it features the title track, "Train in the Distance" and "Rene and Georgette Magritte With Their Dog After the War," the opening track "Allergies" is mired in dated production and the lyrics (sample: Allergies / Allergies / Something’s living on my skin) seem like afterthoughts. Was this during his coke period? I know "Cars are Cars" and "The Late Great Johnny Ace" are well respected, but truth be told, they're pretty lousy songs. "Drive 'em on the left. Drive 'em on the right. / Susceptible to theft in the middle of the night"? bleh. Nile Rodgers and Phillip Glass as producers? yeeesh. If "The Late Great Johnny Ace" is all about an early rock and roller who dies in the fifties, and also about the death of John Lennon, what's with the weirdo wimpy sythesizers and the dippy avant garde dream sequence at the end?

Don't get me wrong, I love me some Paul Simon, but that album is bad. "Capeman" bad.

P.S. The typewriter has been drinking.

how is it possible that
I have not seen
this photo until now? 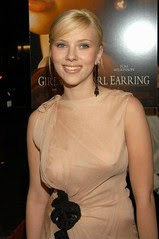 Thanks Matt
Thanks Kris
Thanks Dadid
Thanks Exquisite Dead Guy