The Smoking Gun has posted some documents passed back and forth between George Bush and Harriet Miers...they're very friendly and kind of cutsey, but what's with the document on page 2 which says "P.S. No More Public Scatology" from G-Dub? What the fuck does that mean?
Like pooping? Out in public? Yeesh. 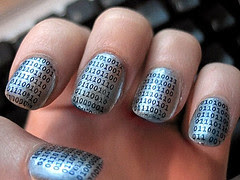 'Member how funny that old Budweiser "Wazzzaaap" commercial was? Imagine how funny it would be if it was done entirely with Parrots. Pretty funny, Huh?
Yo Dookie!

OK, if you had sort of a fake "Behind the Music" centering around how Jeff Porcaro from Toto was trying to trick Michael McDonald from the Doobie Brothers into singing a super smooth love song so that he could totally get down with Rosanna Arquette's root chakra, you would have Yacht Rock 4.
Worth it for the Hall & Oates stuff alone.

Whoa! Here is another photo of Paris Hilton screwing.
This time by the side of a pool.

According to this article Siegfried is being accused of drugging Roy.
Oh those wacky Liger-lovin' queens, what they don't do for a larf.


Wow, talk about a Browncoat! This guy spent $2500 on movie tickets for other people to see Serenity. Now there's a guy who's hoping for a sequel.
May not have been the winning side. Still not convinced it was the wrong one.

Thanks Perry
Thanks Rob
Thanks Matt
Thanks Earl
Thanks Thighmaster