Oh man, he got so Stapped last night...

Sorry about the lack of posts, busy as a mofo. 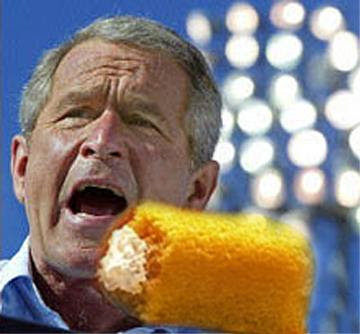 Think you've got the worst job evar? This video will make you reconsider.
A little long, but the payoff is worth it. Language about three quarters of the way through NSFW.

Another hy-larious movie. Tony likes to get on his webcam and lipsynch. In this clip he interprets "Superfreak" in a way that makes me think:
a). he's really lonely,
b). he may be from another country, and
c). that he's never heard the song before in his life.

Another one of him singing "What Is Love?" here, but it's less funny because he actually knows some of the words.

Remember Wendie Jo Sperber from the Back to the Future series and the movie Bachelor Party? She was the one who really put the Bosom in the show Bosom Buddies? 'Member? She's D.Y.K.
I remember being a kid and finding pages ripped out of a girlie magazine in the bathroom of my Mom's work (it was just after the '70s, so I guess this kind of practice was acceptable in the workplace) and one of the girls in front of the fireplace on a bear skin rug in soft focus looked exactly like Amy Cassidy from Bosom Buddies. So this news makes me sad.

Auteur/Freakazoid Vincent Gallo is selling a bunch of stuff...y'know like movie props, his Nixon campaign pin from when he was a kid, an 8-Track tape with his autograph on it, oh and his sperm:

"Under the laws of the Jewish faith, a Jewish mother would qualify a baby to be deemed a member of the Jewish religion. This would be added incentive for Mr. Gallo to sell his sperm to a Jew mother, his reasoning being with the slim chance that his child moved into the profession of motion picture acting or became a musical performer, this connection to the Jewish faith would guarantee his offspring a better chance at good reviews and maybe even a prize at the Sundance Film Festival or an Oscar."

As mentioned earlier, Mal's Browncoat from Firefly is up for sale on eBay and is currently up to $5100.
The auction ends next Sunday the 11th at 3 EST, and I can guarantee that the last hour will be a very interesting and geeky thing to watch.

I think the new term for getting really drunk and being annoying and wanting to fight people should be called "Getting Stapped" from now on.

Oh man, did you see Steve the other night? He got so Stapped, he started wandering around saying "that he loved to fight. So he started doing shots and breaking the glass on the bar, almost hitting one of our crew guys. My wife and I moved to a table and eventually [Steve] made his way over and sat down. He was looking for attention. Even before that, he had wadded up a napkin that he lobbed in our direction. It was pathetic, and we tried to ignore him, but it was impossible. Then he made a pretty disrespectful comment to my wife, which I'd rather not repeat, but in no uncertain terms, the word 'fuck' was used."

According to GoldenFiddle, Jennifer Garner "pooped the world a female Affleck" and PJ and I were saying that the name "Violet Affleck" sounds like something you'd go see a specialist for.
"Oh man, I had a violet affleck, I couldn't even stand up. My doctor wasn't available for the whole weekend so I had to wait until Monday to see him. That violet affleck, it really messes you up, man..."