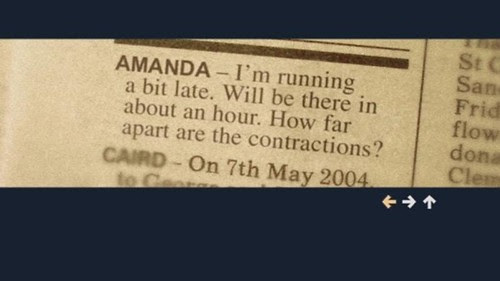 Small ads from the UK

Look at this video and tell me G.Dub has not been drinking.
He's totally slurring his words! And talking so slow! Too many Jager Bombs.

Songbird aims to be an open-source "Firefox for Music."
A customizable replacement for the iTunes interface? Could be very cool.

Ted Nugent Talks That Way Even When Buying Socks
June 12, 2002 | Issue 38•22
SAGINAW, MI—According to JC Penney men's-department sources, rocker Ted Nugent talks that way even when buying socks. "What color socks do I want? I want every damn color, plus a whole bunch of colors that don't even exist," Nugent told sales associate Jonathan Alexander. "Life is too short, man. Whether it's socks or shoes or whatever, you gotta bite into life like it's a great big ol' hunk of bison. Otherwise, you wake up and suddenly—poof—you're fat and old, and you never had any friggin' fun. And if you're not having fun, you may as well move to Iraq or Cuba or some other hellhole where there ain't no good times to be had." Nugent added that that's the way he sees it, and that if you don't like it, you can kiss his lily-white ass.

A Sco-Jo lands a 4 million dollar deal with L'Oreal
and looks cool in the new issue of Life Magazine. 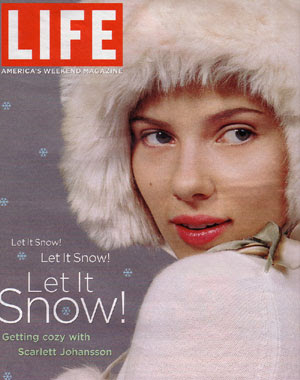 Can I just say that I love the fact that Life has not really changed their look since the dawn of time.

Thanks Thighmaster
Thanks Aaron
Thanks Paul
Thanks David