I got spam today from englebert jakov

Irresponsible speculation on the symbols in the countdown on Lost last night. 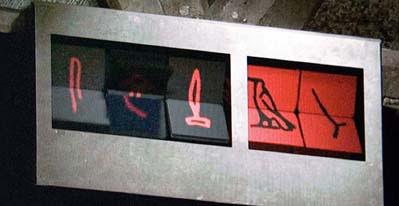 Apparently the first part is the word, and the second part is the determinative [Definition].

This is from R.O. Faulkner's Middle Egyptian Dictionary.
Looks an awful lot like the same word as the countdown. 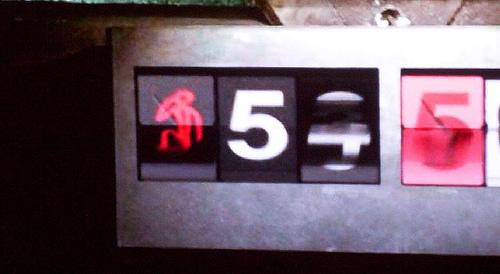 The seated man is a determinative for any number of words.
Mostly words having to do with speaking or possibly eating.

The first real mention I've seen about Amazon's digital-music service, including talk of an MP3 player.
"Amazon-branded portable music players, designed and built for the retailer, and a subscription service that would deeply discount and preload those devices with songs, not unlike mobile phones that are included with subscription plans as part of the deal."

Here is a bizarre video of a cat with a computer voice who superimposes his head onto Mark Linn-Baker's head, and suggests that you put your head on Bronson Pinchot's shoulders so the two of you can star in the beginning of Perfect Strangers together.
For some reason this seems to have Theakston written all over it.

Anybody else remember this? Alice Cooper on the Muppet Show?
Back 'n tha day (in the mid 70s), my stepdad knew a guy who was a cable installer who hooked us up with cable and I remember watching a televised Alice Cooper concert when he was way into his S&M, head-chopping-off phase. I was totally creeped out, but at the same time couldn't turn away. Alice's power is that complete.

Book your tickets for The Swearing Festival.
Hmmm...should I attend The Shit Parade or The Shite Discotheque Party? Tough gosh-darn decisions to make.

Good news! It looks like Lindsay Lohan is getting hot again!
So long stick-and-bones!