Lots of little ones and zeros running around.

So here's the exciting thing: Mrs. DataWhat and I are going to have a baby.

In September. On Labor Day of all days. What are the odds? Like 1 in 365? I keep hearing the movie voiceover guy intoning "This September. Labor Day Takes On a Whole. New. Meaning."

Even stranger: This child will be the eleventh child under two years old on our block. And our block has 25 houses on it. Something in the water on Murray Avenue I guess.

.:DataFetus?:. is doing fine, a healthy 12 weeks along, obviously super smart already, and we are currently planning for the inevitable presidential run and cure for cancer, in whichever order our child chooses.

PJ says the only craving she has had so far is for human blood, so she's doing fine, my mother is out of her mind with excitement, which is cute, and I am calmly anticipating good things, which is how I'm trying to live my whole life.

Also. Every time I hear the word "Babies" I think of the woman in this Nutragrain commercial who wants to have five hundred babies.

If anybody knows where you can go curling locally, lemme know.

To prove that fatherhood will actually make me less mature, here is a sound file that will make you wet your uncle's pants with laughter. It involves hours of hand-crafted sound effect manipulation and lots of late nights hunched over the computer, but the final result makes me laugh like when my brother farted in church.

Ladies and Gentlemen, the first in a trilogy, I present to you: The Masterpiece. P.S. It contains hilarious fart noises, so probably NSFW.
The sound architect I commissioned to make this piece says "There's more where that came from" so if you like it, let me know...I'll see if we can make it a recurring feature.

Y'know what's weird? Every time I read an obituary, I look to see how the person died. Isn't that sad? The one thing that the person really can't control in their life, and that's the one thing I'm most interested in. Weird huh? They work hard their whole life and create fine art or write passionate novels, and all I'm interested in is whether or not they choked on a skittle. Stupid.
Wendy Wasserstein and J. Dilla, I apologize.

Here is a crazy-ass "Lost" theory involving electromagnetics, psychology and the collective consciousness.
Q. Do you work for ABC or another company 'running interference'?
A. No. I am actually this sad.

Matt Tobey's cast of characters chime in in an effort to win a copy of Pam Anderson's Comedy Central Roast.

Andy Dick: A few years ago Tommy was arrested and the record indicated that Tommy had hit Pam. That was the last time "Tommy" "hit" and "record" appeared in the same sentence. 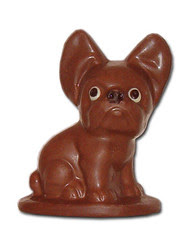 This company insists this is a french bulldog but you and I both know it's a boston terrier.

This guy wrote up an elaborate contract of wifely conduct to dictate how his wife should act at all times.
He's really concerned with body hair and something called "the vaginal slit."

If you look really closely at this clip of cookie monster at a disco you can almost see the little muppet coke up those monsters' noses.
P.S. "I lost my cookie on the dance floor" meant something verrry different in Studio 54's heyday.

We came back from a weekend holiday to find a grocery cart in our front yard. WTF do you do when there's a grocery cart in your yard? I hoped that if I just left it there overnight, some drunk ass would just push it down the street to somebody else's yard, but no luck. So I loaded it into the back of my car and drove it to Kroger.
If that was a present for the baby, thanks. We loved it. 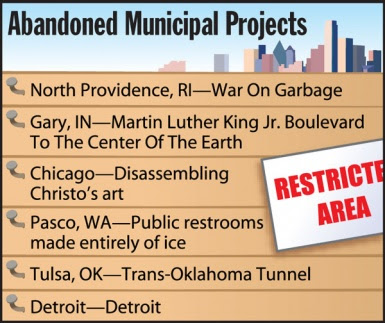 One Of Us! One Of Us! Infant quadruplets laughing maniacally at something goofy their dad is doing.
Only made more hilarious by their matching Fantastic Four onesies.