Henry Rollins has this funny bit about seeing parents traveling in airports:

"Have you seen parents at airports? They just become, like Baby Roadies. Like a truckload of gear, for a nine pound thing. Like "Who's the Rock Star?" It is this big, it shits itself, and the guy has like: Hip Pack. Fanny Pack. Front Pack. Back Pack. And he's like walking around with all the diapers and all this shit and the woman's like "ugggggg" and they have Sherpa guides behind them holding packages: "Ho-We-Oh. We-Ohhhh-oh." "Where are you guys going?" "We're loading the baby and entourage onto the plane."

So Matt Tobey and I are both about to have kids (his in June, mine in September) and we were both bitching about how every single piece of parenting information and advice out there is geared toward Moms. Parenting Magazine's header says "What Really Matters to Moms", and looking through all of the crazy crap from Baby's 'R' Us says "What Moms Need To Know" but there's really not anything geared toward Dads (that isn't sponsored by the Christian Church or people even creepier). It's all really stale, and geared toward guys in Dockers ads jockying for Father Of The Year...what about us poor saps who are just trying to get by? Guys who listen to rock music and drink beer out of cans, but still want to be decent dads?
So we invented BabyRoadies.com

Out plan is to make it a repository for guys who are trying to figure stuff out to get some information, and for those wise souls who have figured out how to get gum out of your kid's hair, please share your wealth of knowledge with us.

There's also a forum Here:
Feel free to go in there and spread your seeds of wisdom.

Now back to your regularly scheduled DataWhat programming.

Hilarious (potentially NSFW) photo of a Finnish athlete with commentary.
Quite possibly a high jumper, or maybe just a high-singer.

Nice article about Jim Roll in the Ann Arbor News.
Ha! The Rainmen. I like that.

New track from The Velvet Teen on MySpace.
Different but good.

Stewart Copland is putting together a Police documentary based on Super 8 movies he shot from the band's early days in the mid-'70s through the early '80s.
I hope there is good fighting in there. Those guys were world class bickerers.

Looks like Lost and some other ABC shows are going to be available for free online.
They say there will be commercials that you can't fast forward through, but that will be cracked in like the first hour.

Pretty fun product reviews from The Impulsive Buy including mini-ads like this: 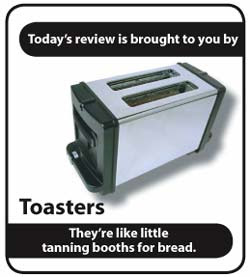