The folks at Improv Everywhere have done it again. 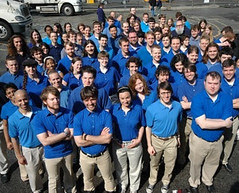 This time they've all dressed up in blue polo shirts and infiltrated a Best Buy.
The video set to BTO's "Workin' For the Weekend" is killer.

Napster is back, and in free form. I goofed around with it, and it's got some stuff going for it.

Registry is free and easy ...none of that give an e-mail address, then they send an e-mail to that account, then you log in with a password that they give you etc etc...you just make up a name and a password, and you're logged in.

The songs are streamed, not downloaded, so you don't get to keep 'em, but you can check out all kinds of new stuff.

You can listen to any song in their catalog five times.

The sound quality is pretty poor...the songs must be streamed at a really low bitrate.

The whole deal is free (if you don't count ads) and gives you the option of paying the service (better quality audio and you get to download the songs) for $10 a month.

So overall, it doesn't really replace the iTunes Music Store, but (much like MySpace) it'll be a good place to hit when you hear about a cool new band but aren't sure if you want to lay down the cash for a whole album yet.

A couple good overviews at TechSource, Slashdot, ArsTechnica, and MetaFilter

Superman made an appearance in this U of M classroom recently.
These were the same guys that dressed up as Pac Man and ran around the Library a couple weeks ago. More video hi-jinks here:

A choice collection of The Babes of Buck Rogers including the svelte Erin Gray and a surprising appearance by Dorothy Stratton.
Before Eric Roberts killed her in Star 80.
::

You put in any word and it will create a slogan for you.

"I was born. When I was 23 I started telling jokes. Then I started going on television and doing films. That's still what I am doing. The end."

Here is video of a guy who likes to re-enact whole scenes from movies (using only himself): The Princess Bride and Uncle Buck.
I would make fun of this guy for being such a toolbag, but both his John Candy and his Wallace Shawn impressions are pretty spot-on.

The Slashdot redesign is underway.
Some good, some not so good...anything is an improvement. 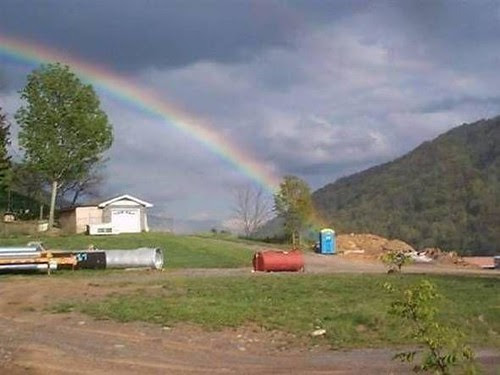 Thanks Exquisite Dead Guy
Thanks Steve
Thanks Jim
Thanks Whatevs.org