What did Emo Phillips ever do to you? 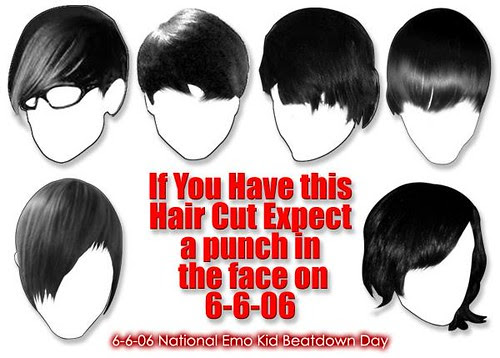 But what about Emo Phillips?
He has a weird haircut...

Looks like Russia can't enter the WTO until it takes down the AllOfMP3.com website.
They should also be aware of AllTunes.com who (if nothing else) is stealing AllMusic.com's font and should be stopped.

So there's this car crash, right? and these two similar-looking blonde girls are in the accident, and one of 'em dies and the other one lives. Well as it turns out when the one who lives comes out of her coma everybody's saying "Oh Laura, we're so glad you're allright" and through her haze she finally figures out what is going on and says "I'm not Laura, I'm Whitney." Isn't that totally insane? The other family already had the funeral and everything, but it was for the wrong girl! Their daughter is alive! And how does that phone call go down? When the family at the hospital calls the family of the girl who's actually alive, does Whitney's family get all excited? On the phone? That's kind of a bad move, right? To get all jazzed when you're on the phone with somebody who just found out that their daughter died, but your daughter's alive...and who figures out the bills? Funerals cost a lot, but so does being in a coma in the hospital.
And although everybody seems like they're being cool about it, there's a lawsuit a-brewin'...I can just smell it.

Trailer for the new Woody Allen Scarlett Johansson movie Scoop, and I swear to god I can't tell which one of 'em is cuter. Sure, you've got Sco-Jo in cute wire-rimmed glasses, but Woody Allen as a nebbishy magician? Also very cute.
Y'know if you can get past that whole "sleeping with his own adopted daughter" thing. 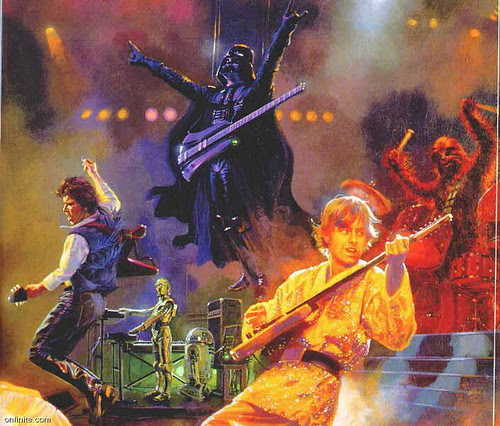