I can't be the only one who's noticed that this Detroit Tigers t-shirt design
looks an awful lot like Banksy's Tiger/Barcode graffiti design, can I? 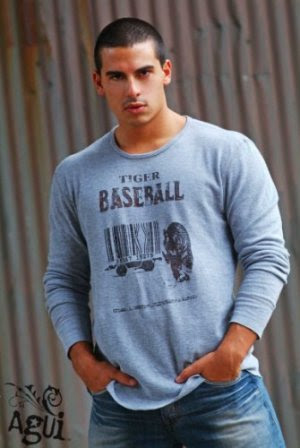 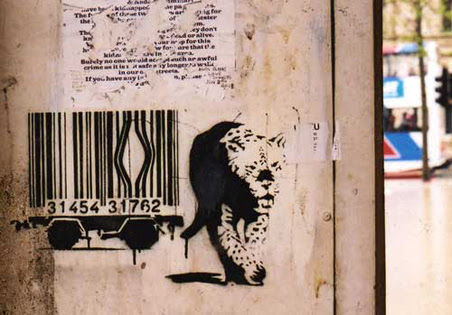 The thing that bugs me is that This guy Jack Savas at Agui Designs keeps getting praise for his "Edgy Work" (Detroit Free Press article here).

"The Tiger shirt is sort of an experiment between collections. Savas says the idea came from his frustration with the typical bulky and bland team shirts available to fans."

No...The idea came from a graffiti artist from the UK, you just lifted it from him.
Update(?):
According to comments on this site, the designer of the t-shirt claims to have Banksy's permission to use the image.

According to Banksy's FAQ page, he does not use his art for t-shirts because "it would feel like the painting was a guerilla marketing campaign for a fashion label" but on the same page he says "It's easier to get forgiveness than permission" so we'll see what shakes out.
Comments: 0