This is exactly what it's like to be in a band on the best day of your life. 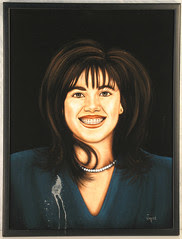 This man is the Governor of California.
Eeeuauaughhhuauaahh!

My, but the Wikipedia Mythbusters page has some good information. This led me to other Mythbusting pages including this page with all of the results of Mythbusters episodes and a very thorough Kari Byron fansite. 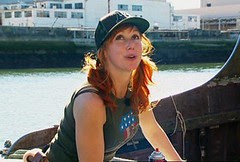 My personal fave being this photo of her wearing a Porchsleeper t-shirt.

Packages of old Underoos.
I dunno if this site is selling 'em, or just acting as some kind of creepy Childrens Underwear museum, but there they are.

Two Words: Sco-Jo Side Boob
No, I don't really know what's going on in this video, but I've still watched it about 30 times. 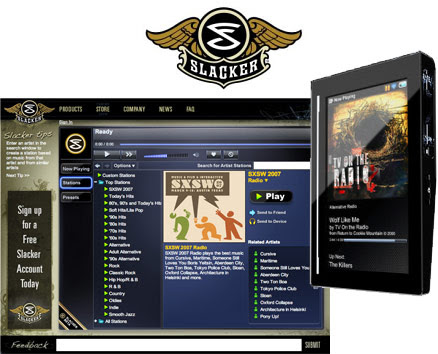 Slacker is a website that operates a lot like Pandora in that you can type in the name of a band and get a radio station based on that artist's music. A lot of the information is coming from AMG, like similar artists, biographies and artist images.

The thing I like is that you can build some pretty obscure radio stations like Great Lakes Myth Society Radio, Flatfoot Radio, Porchsleeper Radio and even Orange Risdon Radio fer cripe's sake.

They have plans to put together a PC jukebox (like iTunes), a hand-held device that speaks to satellites (kinda like XM or Sirius) and an in-car device (again, like XM and Sirius).

The service is put together by a bunch of the folks behind Rio, iRiver, and the dudes that built MusicMatch before Yahoo bought it. I flew out to San Diego and talked to them last October. When they were talking about radio stations, satellites, customized listening and what-not, I couldn't quite get my head around it, but now it all seems clear. They may in fact take over the world.

Terrific collection of Fox News headline screen caps like "Foley is a Democrat" and "Scooter Libby Not Guilty" are all on beautiful display Here.
I particularly like the one from the day after the Democrats took the Senate. Such unbiased reporting.

Damn...looks like we missed Steak & a BJ Day which comes exactly one month after Valentine's Day.
Looks like I'll have to wait another year...

To celebrate the 30th anniversary of Star Wars, the US Postal Service will be making mailboxes that look like R2D2.
Threepio must be soooo jealous. 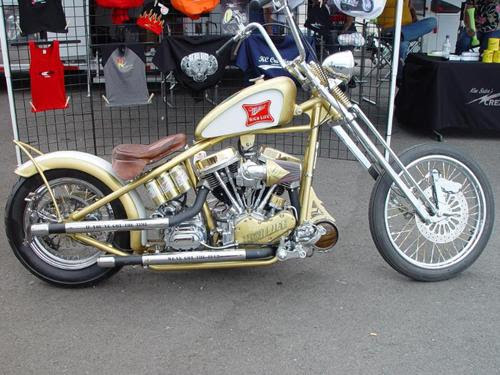 Noooooo thanks.
I've already been on that ride.

Is anybody else into these HDR photos? Man, I can't get enough of 'em.
It's like they are taken on another planet or something.

Leave it up to Chris ToshiStation to dominate his review of Zodiac with a critique of the film's opening titles.
Grungy Courier typeface with drop shadow aside, I'd like to see it.

There are a couple things about this Sco-Jo pic that I like: 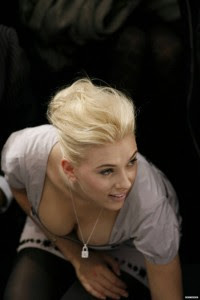 Can't quite put my finger on 'em though...

The awesome power of Wikipedia: 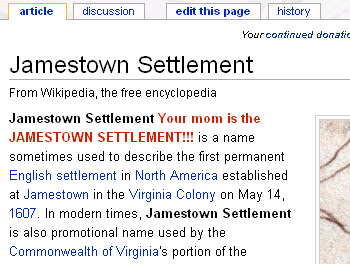 Ah, the wisdom of the crowd.

Heh. The old commercial for the Freedom Rock albums by K-Tel.
"Well, turn it up, man!"

A great little punk song and video called F**k You Mike Love, illustrating all of the reasons Mike Love of the Beach Boys is a doosh.
Mike Love, Not War.

This innocuous looking news report on the new wheat Krispy Kreme donuts is pretty straightforward until you notice that in the graphic over the woman's shoulder, they chose this image: 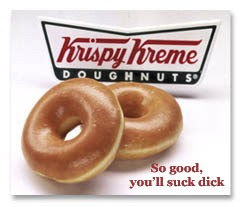