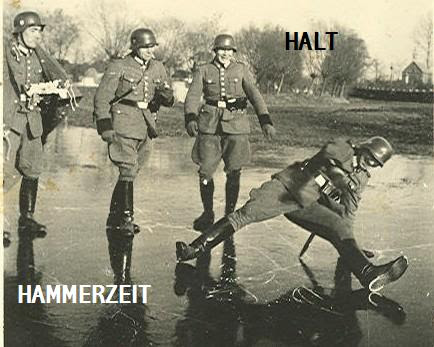 Sorry for the neglect, I still love you though.

I've been reading these children's books to my kid and that takes up a lot of my bandwidth right now... 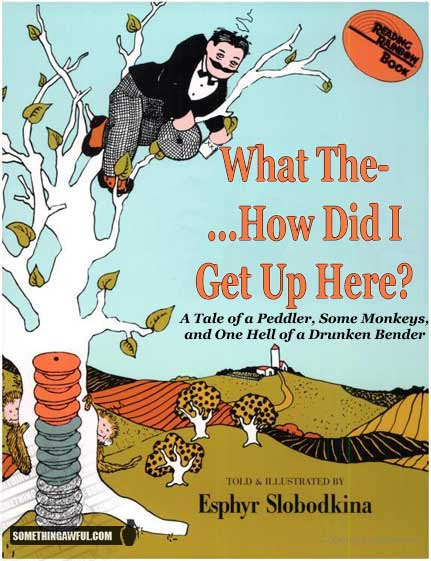 Smart analysis of stupid stock photos that different companies are using in their ads: 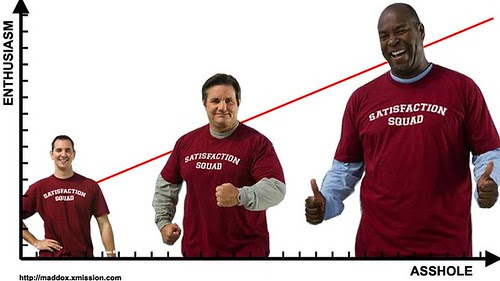 Oddly enough, George Tenet and Ron Jeremy went to high school together.
Even more unbelievable (judging by his high school yearbook photo): Ron Jeremy has had sex with women.

New Rule: Stop giving me that pop-up ad for classmates.com! There's a reason you don't talk to people for 25 years. Because you don't particularly like them!? Besides, I already know what the captain of the football team is doing these days--mowing my lawn.

New Rule: Don't eat anything that's served to you out a window unless you're a seagull. People are acting all shocked that a human finger was found in a bowl of Wendy's chili. Hey, it cost less than a dollar. What did you expect it to contain?? Trout?

New Rule: Stop saying that teenage boys who have sex with their hot, blonde teachers are permanently damaged. I have a better description for these kids: lucky bastards.

New Rule: If you need to shave and you still collect baseball cards, you're a dope. If you're a kid, the cards are keepsakes of your idols. If you're a grown man, they're pictures of men.

New Rule: Ladies, leave your eyebrows alone. Here's how much men care about your eyebrows: do you have two of them? Okay, we're done.

New Rule: There's no such thing as flavored water. There's a whole aisle of this crap at the supermarket, water, but without that watery taste. Sorry, but flavored water is called a soft drink. You want flavored water? Pour some scotch over ice and let it melt. That's your flavored water.

New Rule: Stop screwing with old people. Target is introducing a redesigned pill bottle that's square, with a bigger label. And the top is now the bottom. And by the time grandpa figures out how to open it, his ass will be in the morgue. Congratulations, Target, you just solved the Social Security crisis.

New Rule: I'm not the cashier! By the time I look up from sliding my card, entering my PIN number, pressing "Enter," verifying the amount, deciding no, I don't want cash back, and pressing "Enter" again, the kid who is supposed to be ringing me up is standing there eating my Almond Joy.

New Rule: Just because your tattoo has Chinese characters in it doesn't make you spiritual. It's right above the crack of your ass. And it translates to "beef with broccoli." The last time you did anything spiritual, you were praying to God you weren't pregnant. You're not spiritual. You're just high.

New Rule: Competitive eating isn't a sport. It's one of the seven deadly sins. ESPN recently televised the U.S. Open of Competitive Eating, because watching those athletes at the poker table was just too damned exciting. What's next, competitive farting??? Oh wait!? They're already doing that. It's called "The Howard Stern Show."

New Rule: If you're going to insist on making movies based on crappy, old television shows, then you have to give everyone in the Cineplex a remote so we can see what's playing on the other screens. Let's remember the reason something was a television show in the first place is that the idea wasn't good enough to be a movie.

New Rule: No more gift registries. You know, it used to be just for weddings. Now it's for babies and new homes and graduations from rehab. Picking out the stuff you want and having other people buy it for you isn't gift giving, it's the white people version of looting.

New Rule: and this one is long overdue: No more bathroom attendants. After I zip up, some guy is offering me a towel and a mint like I just had sex with George Michael. I can't even tell if he's supposed to be there, or just some freak with a fetish. I don't want to be on your web cam, dude. I just want to wash my hands.

New Rule: When I ask how old your toddler is, I don't need to know in months. "27 Months." "He's two," will do just fine. He's not a cheese. And I didn't really care in the first place.

New Rule: If you ever hope to be a credible adult and want a job that pays better than minimum wage, then for God's sake don't pierce or tattoo every available piece of flesh. If so, then plan your future around saying, "Do you want fries with that?"

Pretty funny "commercial" for the Microsoft oPhone.
The part about how simple it is to write the code is exactly how I feel in a lot of technical conversations.

You can always use a good leggy photo of Sco-Jo.
Fish-netty!

Talk about a dedicated baseball fan: www.peeyourpantsforthebrewers.com!
I have never seen a full Brewers season where they make the playoffs. Born in July 1982, I missed that amazing World Series run. It’s been a long 24 years- the longest playoff drought in baseball. With a young team of quality stars and shrewd management, we’re boldly making our move. I get so excited thinking about the Brewers now, a little pee comes out. In fact, When the Brewers make the playoffs I will pee my pants. 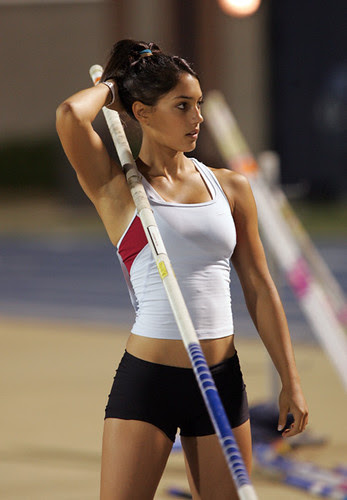 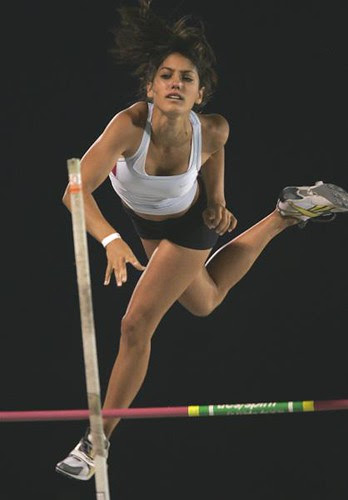 Times sure change...in my high school, the only long-haired pole vaulter was my friend Gerard,
and while he did look good in spandex shorts, this is somehow different.

Thanks David
Thanks Steve
Thanks Dan
Thanks Perry
Thanks Derek

Hmmm...I dunno if "Danger" is the right word

People sometimes ask me if the place where I work is cool.
Now I can just show them this photo which demonstrates exactly how cool it is. 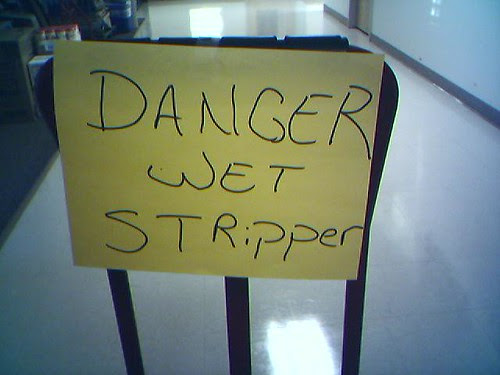 No joke, this is what was waiting for us at 8:00 this morning.

Thanks Rachel and the guys who refinish our floors.

A terriffic (bordering on brilliant) collection of Movie Posters done in the "Grindhouse" style. 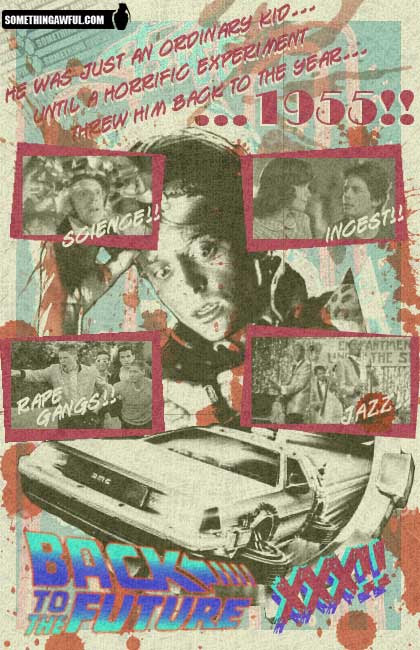 Other winners include:
Beetlejuice
Groundhog Day
Requiem for a Dream
and
Gosford Park

A+seller, but eyeballs are WAY TOO BIG for his sockets, frightens small children