So with the innernets and pipes and what-all, there's no album cover for the new Radiohead album. This bums me out.

Many old souls bitch about the demise of the LP and album art and "how do you separate the stems from the seeds on a CD booklet MAAAAAN?!?!?" (let alone on a digital-only release). The gatefold LP of Neil Young's Harvest that I bought at a yard sale literally had stems 'n seeds in the crease, so bakdafukup.

Some clever souls with easy access to MS Paint have devised their own album covers for In Rainbows which is spectacular and crowdsourcing and power to the people and all that, but the needy child in me needs the official sign-off from the artiste.

Since they seem unlikely to provide that (as the smallest part of their social experiment), I think we should collectively decide.
Some legitimate options I like, followed by my ultimate choice: 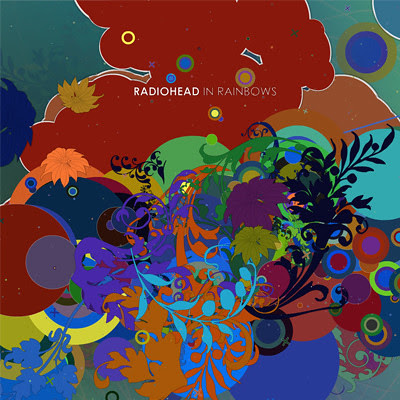 Swirly and cool, but I worried how it would reproduce at 75x75 on my phone. 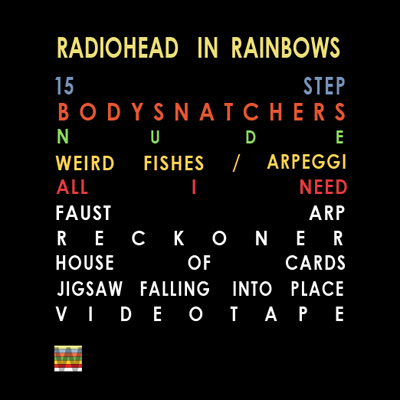 This is rumored to be the "official" back cover, but I ain't buying it. 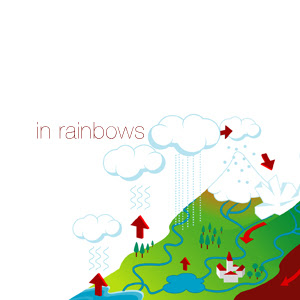 I like this one in an "Eco-System/Found Image" kind of way. 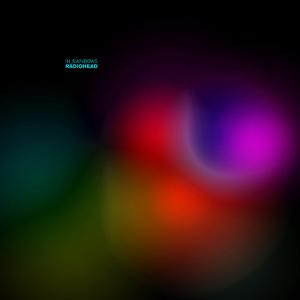 Abstracty and cinematic, like the opening titles of a James Bond movie 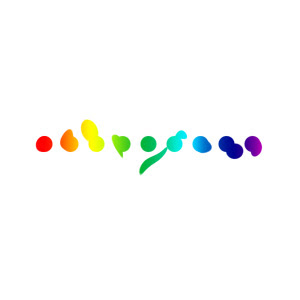 Sort of a Peter Max-inspired entry.
I keep trying to make the blobs say "Radiohead" or "InRainbows" or something, but can't figure out the pattern. 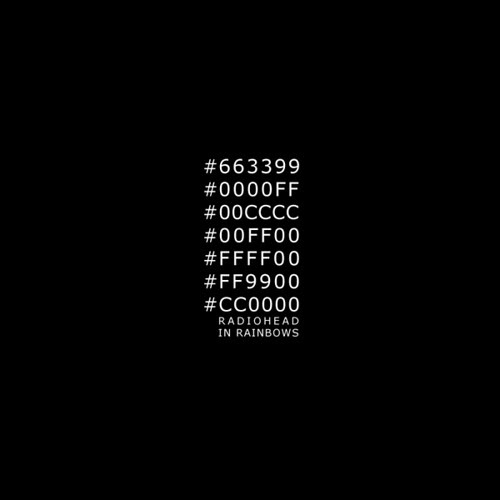 Clever...clever...using all of the Hex color codes for the color bands.
A+ for being smarty. 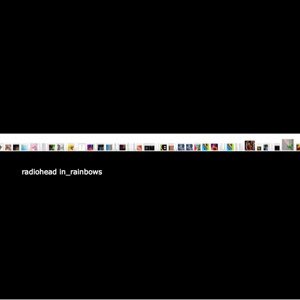 This guy had the right idea.
Waiting until a bunch of other people submitted concepts,
get a screencap of all of 'em and make that be the cover.
This really captures the feel of it all. 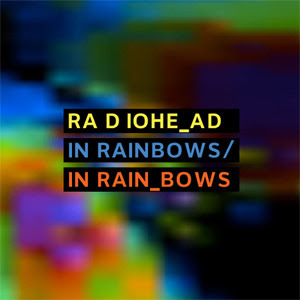 (available in 600x600 Here:)
This one came the closest to capturing the imagery on the download website, and as of this date, that is the closest idea that we have about the frame of mind of the band and this release. When I think about this album yes I used the term "album" and what was going on in the world at this time, this is what pops into my brain.