A couple bros hipped me to the Photoshop Disasters site, featuring this three-armed damsel. 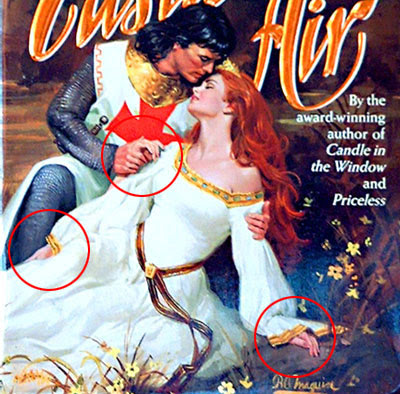 Garfield Minus Garfield makes Jon Davis' cartoons much more entertaining:
Who would have guessed that when you remove Garfield from the Garfield comic strips, the result is an even better comic about schizophrenia, bipolar disorder, and the empty desperation of modern life? Friends, meet Jon Arbuckle. Let’s laugh and learn with him on a journey deep into the tortured mind of an isolated young everyman as he fights a losing battle against loneliness in a quiet American suburb.

Some wack-ass comics that Matt Tobey stumbled across:

This has viral marketing/urban legend hoax spray painted all over it, but I am totally compelled by these abandoned couches with Levitra painted on them. 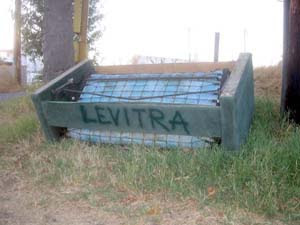 From the posts on the site:
"About a day later, a girl named Brenda said she saw a wreck of a couch on Aquino Drive in Natomas, and that it was spray painted. She didn't have a picture, so I went myself to see what I could find.
When I saw it, I knew right away. I started yelling like an idiot in the car.
It was another Levitra couch!"

"You don't know me but maybe you know something about the paint job on my couch. My porch couch has become an ad for Levitra. A situation I find distasteful. After reading your site, I see that most of the couches there are abandoned or junkpiled. My couch, however was not, so please let me know whose ass I get to kick when I found out who is behind this graffiti.
T.I West"

Note: This guy's site has a whole section on (semi-mediocre) pranks he's pulled, and the Levitra pages are plastered with AdWords-related ads for Levitra, so it may all be malarkey, but if not, isn't that weird?

Two new Great Lakes Myth Society recordings.
"She's Come Home To Steal Her Rainbows" is a re-recording and "Brablec Farms" is all new.

This post from a toy designer called Rejected a Long, Long Time Ago... is about all of these crazy-ass ideas for Star Wars toys that they brainstormed out. Most of them are horrible (Jabba the Hutt beanbag and Han in Carbonite Mini-Fridge among them), but the Cockpit Sun Shield totally pulls the ears off a gundark if you ask me. 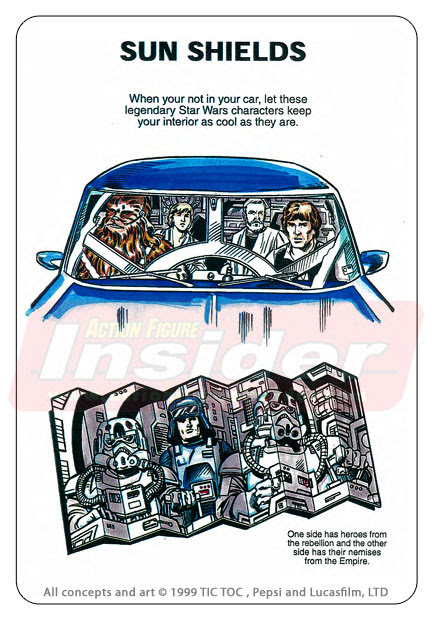 The only real question is whether you bust out The Falcon or the AT-AT picture.
....I guess you could flip it around depending on how your morning commute went.