How Do I Discover and Acquire Music?

Over some brews a couple months ago, we were discussing how to find new music, and it started me to thinking.

I listen to a lot of stuff casually (Pandora, casual CD listening/borrowing, Grooveshark, Last.FM, Spotify), but when I really like something I end up purchasing or acquiring it for myself forever.

In 2009, there were pretty much three ways I discovered new music:

Just over 1/3 of my music purchases are bands I already know I like and want the new album
(new Neko Case, new Hold Steady, etc)

1/3 are Things I read about online or just hear somewhere and want to explore.
(Online streaming radio? A TV commercial? Actual radio?)

1/3 are things that I hear recommended from friends
either by them talking about it (facebook, blog posts) or them specifically saying "You should check this out."

The interesting thing about the third one (people mentioning or recommending music) is that I noticed it would multiply by how many times I heard it mentioned. I might read "So and So is checking out the new Blitzen Trapper album on Facebook." Then later that day I would read a review of the album (which would multiply my original idea by 2), then somebody else would mention them in a conversation (x3) then finally I would check them out.

You see a billion band names every week, but it is this rapid series of connections (especially coming from people I trust) that really sparks my interest and pushes me to seek the music out.

I look at my 2009 Purchases/Acquisitions:

It is split sorta even, but with the stuff I have a strong sense I'll like (or at least want in my collection) coming out on top.

The interesting thing is that even with the massive chunk of change that was the Beatles boxed set, I still spent the majority of my money on things by bands that I already knew I liked.

This tells me that there would be a real value (to the record labels and music rights holders) in a good method of alerting me when something I already like is available for sale.

Who knows what I missed and would've plunked down money for if I had only been alerted in some way.

What with the new DVR technology and all, I totally miss out on 30 second comedy:
Pretty funny commercials that teach us we should not jump to conclusions.

I somehow missed this video for one of my fave 2009 tunes.


Despite the fact that it has Scarlett Johansson in it, I like it.

How to Put On a Sports Bra via McSweeny's.
9. Cross your arms in front of your face, grasp the bottom of the sports bra and begin tugging it down to your chest. This process should take 2-25 minutes and can be streamlined by the removal of one of your arms (advanced yoga practitioners only). 'Member how you wanted that Yngwie J. Malmstein Cigar Humidor? 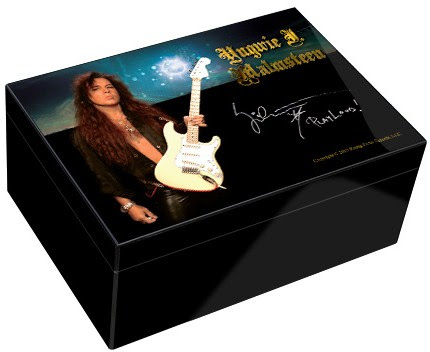 Thanks Dadid
Thanks Justin
Thanks Steve

Back to the old-school posts

This is making the rounds:


Quite probably the worst song ever.

From the Tubesteak gallery:

at the start I thought this was all the same guy -- using his Bar mitzvah gift iMac/iMovie bluescreen plugins to make him play all instruments. This is absolutely genius.

Once it's at the end, click back to the 20 second mark to see how much the tempo increased throughout.

Then again, this is only one of the many critiques that one could make to this fine work.

The lead singer looks like Ben Stiller's nephew. (the ears and walking gate when we strolls in concern.) Genius
The moving train shot and the kid who accidents into the frame at the right. Genius.
The lead guitarist alone in the elevator, getting his best "John Mayer Feelin' It" Body Language on. Genius.

CheeseHenge at 2:14. Double genius.
The end of the bridge with the vocal hold before the re-entry - is that a dotted dotted dotted dotted 8th note rest? or a single tacit bar of 27/8?. Genius. I thought only Chick Corea could bend time like that!

and so they don't get sued by the Big Labels - the blurred logo on the bass player's upper right pec t-shirt.


This is the best.

A great collection of Hi-res photos of classic theaters.
Classy

This sequence of photos of Hillary Duff getting engaged is too good not to share.
Well disengage and get back to work,

A great glimpse into Winter Olympics shenanigans.
In February 2006, I was sitting next to Bode Miller and five scantily clad women in a nightclub in the Italian Alps. The winter Olympics were starting the next day, and Bode clearly didn't care. He was far more focused on the perfectly manicured girls on either side of him, and a large tray of vodka and Redbull. The girls - among them a Playboy Playmate, Miss Budweiser, and Miss International Hooters - were equally unconcerned with the Olympics. The competitive event they were participating in - trying to sleep with Bode - was far more ruthless and interesting.

Earlier I had walked past their table wearing a Def Leppard concert T-shirt. "Is that a Def Leppard T-Shirt?!?" one of the girls shouted to me. I nodded. "I fucking LOVE Def Leppard!" she screamed. Then she stood up, gave me a high five, and started twisting her hips and screaming the lyrics to "Pour Some Sugar on Me." One of the other girls, clearly upset by the amount of attention the first girl began to generate, stood up and marched across the dance floor. She flirted her way into the DJ booth, convinced the DJ to stop the music, and got on the mic: "This next song," she announced to a dance floor full of Italians wondering why the music had suddenly stopped, "is going out to Bode Fucking Miller! You fucking rock, you Sexy Motherfucker!"

An hour later both of the girls were alone and pouting. Bode had just left with another. He would return to the club several hours later - bare-chested but wearing a U.S. Ski Team jacket - and leave with yet another girl. The 2006 Winter Olympics had officially begun.

This professor lays the smackdown on a kid who shows up late for class.
Nice verbal parrying. 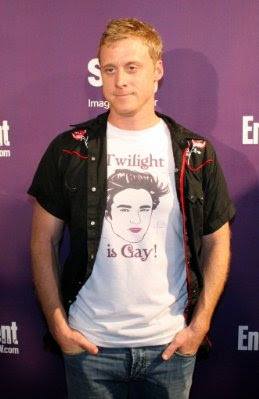 I am a leaf with a funny t-shirt.

Thanks Kevin
Thanks David
Thanks Steve 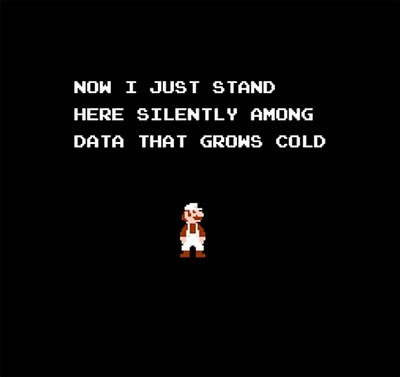