A couple of interesting articles about the current state of digital music on "On The Media" from NPR. (Transcripts and free MP3 downloads). 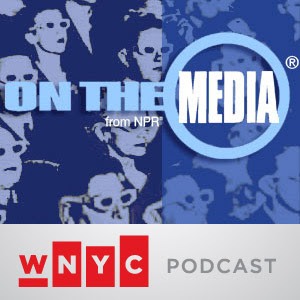 The dawn of Napster and the current digital market talking about Napster, the RIAA, Rhapsody, Spotify, Imeem, iTunes, with Tim Quirk [Too Much Joy/Rhapsody] and Eliot Van Buskirk [Wired] among others.

Live music costs and Ticketmaster consolidation talking about the Stones touring in 1975 compared to bands today.

What do "Charts" mean today? talking with Greg Kot, a guy from Idolator.com and a guy from Billboard. Ok Go and new promotions come into conversation. Also, an interesting concept about "Songs Per Band:"

ERIC GARLAND: One of the things that we've looked at for a number of years is something that we call “songs per fan.” How many songs from this artist is the average fan interested in? You know, an artist like the Dave Matthews Band, if someone is interested in one song, they are likely interested in more than five songs. I chose that example because that’s a very elite club. You know, I would put the Beatles in that company.

But let me put the question to you, if you look at the top of the airplay charts, the top of the sales charts, how many songs, on average, do you think people are interested in from those artists? Remember that the number can't fall below one, right? It’s about 1.1.