My pal Brian got it into his brain to write a couple of solid holiday songs and record them for our ears. 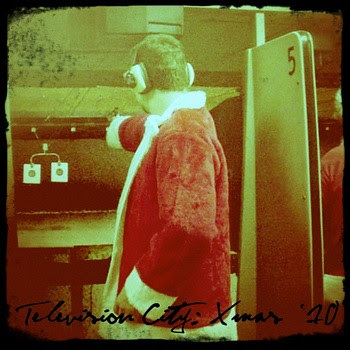 He calls the band "Television City" and so far it seems to be mostly him writing and playing guitars, and then calling in a bunch of favors from friends who will gladly spend an afternoon in the studio making music.

The Goog can now translate into beatbox (if you take a bunch of nonsense syllables and translate them from German into German).
So watch the fuck out, Biz Markie

This is an amazing video done all in the typography of the lyrics.
Lots of great brand fonts and logos to tie into the context of the words.
Warning: The tune is happy but the subject matter is a bit of a downer

"Best Albums Of 2010" lists are popping up, but this one from Flavorwire tells you how you should interpret/stereotype peoples' top picks:

Vampire Weekend, Contra
That one frat dude who’s always trying to get his brothers to come out to a show with him.

MGMT, Congratulations
People who get the joke five minutes later, once you’ve moved on to a new topic.

Kings of Leon, Come Around Sundown
Guys who have always wanted to wear a leather jacket but somehow can’t summon the chutzpah to buy one.

Deerhunter, Halcyon Digest
Record store clerks who try to give you unwanted recommendations.

This poster laying out where the Mad Men characters would be in a D&D game made me chuckle: 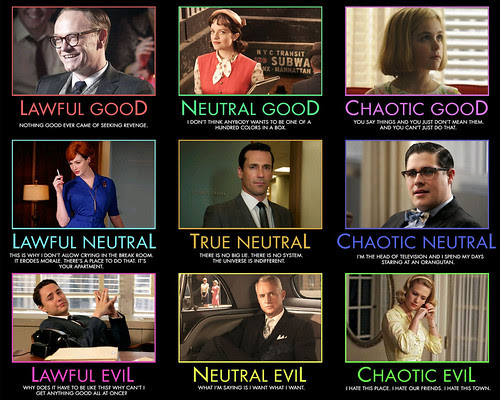 A buddy of mine sent me this photo of a celebrity and while I instantly recognized something about the guy, couldn't place it.
There is a certain truthiness about his eyes.

I had a couple of questions:
1) What happened to make it so that the little girl's current pants were un-usable?
1a) I don't actually want to know the answer to this one.
2) How likely is it that there will be a "lost" pair of pants in the lost and found?
3) Would any of those pairs of pants fit me? If so, I have a new strategery about getting new pants. 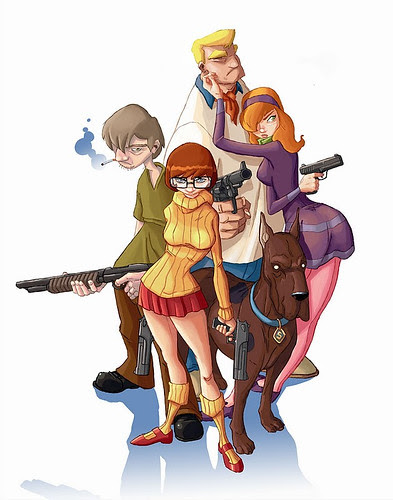 Thanks David
Thanks Waxy.org
Thanks Goody
Thanks Rob
Thanks Kevin