Oh lordy: DamnYouAutoCorrect.com is a site where people can send in screenshots of uncomfortable conversations caused by the Autocorrect feature on phones: 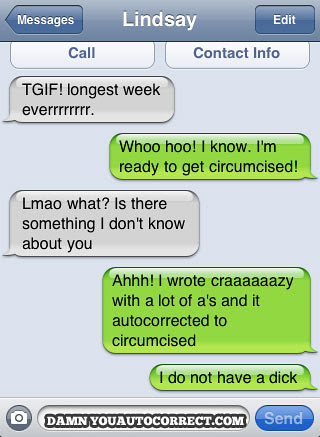 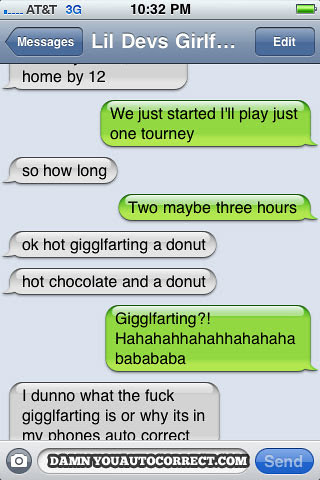 These cool ninjas strapped a video camera to the end of a broadsword and swung it around for a while.
It then proceeded to blow my goddamned mind.

Not only do I love everything about Bill Murray but I especially love that he showed up to hang out and do karaoke with a bunch of strangers.
What's so funny 'bout peace love and understandin' whooooa-oh 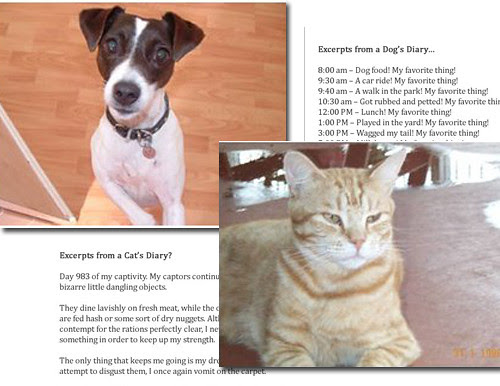 The always-hilarious Steve Martin shows royalty checks for 3 cents He's gotten from his record company.
People say the music business is suffering, but it's NOT.

Some pretty incredible photoshop art taking historical photos and shooping modern things in there.
Yoda as a WWII general is pretty cool, so is Ronald McLincoln. 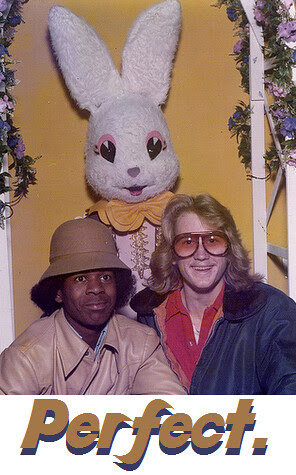 I think the show Alf would have been funnier if he used the term "hard-on" and repeatedly said the "N-Word" during the actual show.
Actually creepier is the footage of when he was overtly hitting on the 14-year-old daughter from that show.

Footage of little kids trying to figure out what a Game Boy and an LP are for.

(Here's a hint: they are wrong)

Crazy-ass Sideways cafe in NYC.
What is even crazy-asser: many people do not notice that the whole decor of the joint is on its side.

It's in the puddin'

Thanks Goody
Thanks David
Thanks Steve
Thanks Whatevs.org