Q: Are you going to be one of those guys who doesn’t quit until they find you dead in your office, face down in a pool of ink, surrounded by storyboards?

This Local Natives acoustic concert at NPR's offices was quite nice.

It also inspired this angry diatribe:

I don’t like anything about this. Not one thing.

This reminds me of the crap I hear played by street musicians and then quietly think to myself “man, this is as far as that crap is gonna take them,” and then pretend I had no change in my pockets.

Their arrangements are more like chaotic chanting than anything pleasant to hear.

I realize this is acoustic, but even so for having so many musicians, they all suck at playing them. Watch them play their instruments. Hell, I play better than they do.

I know there’s only so much you can do with one drum, but the repetition in the drumming style is brutal.

They look like a bunch of band dudes that spent every Friday in the dorm growing facial hair.
Don’t know what’s thicker. That dudes mustache or his eye brows.
Nice to know that Oates’ and Yanni’s mustache has found a home. 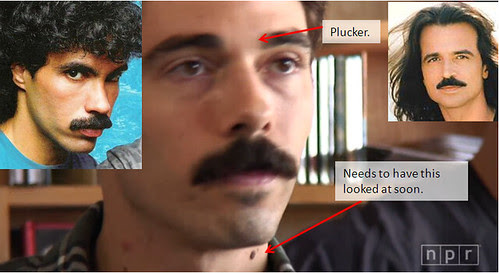 Based on that Neville-esque ‘noma on his neck, this band will be shopping for a new lead singer by next fall.

The guy on the right is like a fat girl waiting to happen.

Wearing that shirt is embarrassing enough, but to then roll the sleeves?
Everyone knows this (‘specially the fat ones), if you’re doughy, don’t roll your t-shirt sleeves.

The guy in the beard is by far the most annoying. He’s TERRIBLE at singing, yet he seems to sing the loudest.
This is why drummer shouldn’t sing (see Don Henley).

People at work were coming into my cube to see if I was alright when the third song was playing. 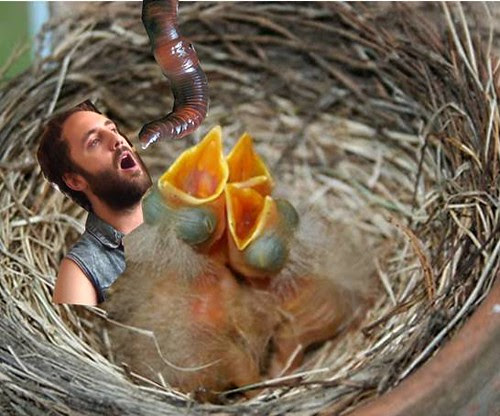 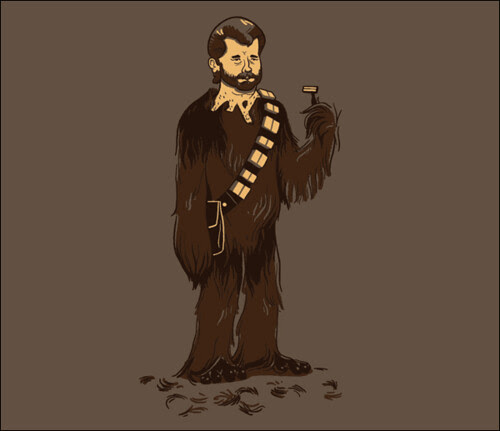 Thanks GeeksAreSexy
Thanks GoldenFiddle
Thanks Derek