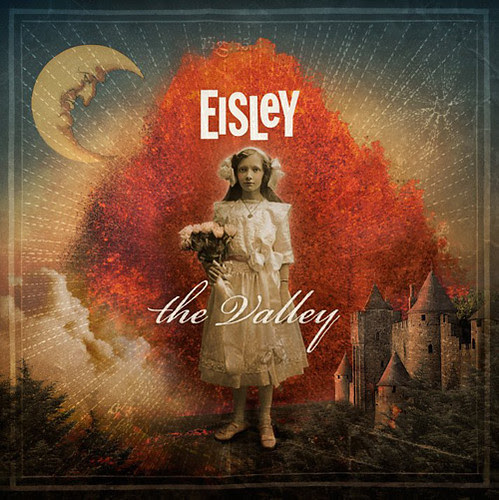 Listen for free here on Grooveshark
Some folks may remember that a million years ago I used to have a CD Of The Month club where I would let folks know the album that most struck my fancy that month. I've started that up again.

I have a real soft spot for vocal harmony, and doubly so when it comes from siblings. The Beach Boys, The Dinning Sisters, the Louvin Brothers, Great Lakes Myth Society, The Mills Brothers...all of their close harmonies weave together and take a seat right in my soul. Alt-Pop act Eisley (consisting of three sisters, a brother and a cousin) fit into this niche nicely, adding in some youthful innocence and a wide-eyed earnestness that can only come from being weirdly religious or home-schooled. 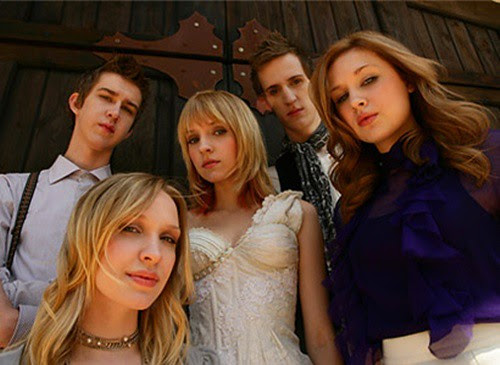 On their 2011 album "The Valley" the DuPree family dig into some darker territories, stemming from some relatively public break-ups (two of the sisters were either married or engaged to indie rockers and the dissolution of these relationships fuel a lot of the themes on the album). Still, the album never feels maudlin or depressing. The songs have more of a growling punch behind the sweetness than they've had before, which makes them feel more mature and less teen-cute than their previous releases. Like they're growing up or something. 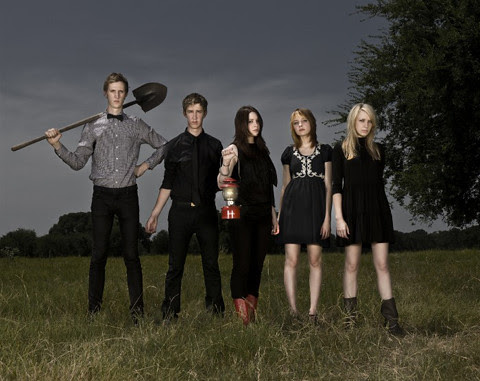 keeping with my theme of bands in fields near trees from last month
The standout track is definitely "Smarter" which slowly burns with its tock-tock rhythms, growling guitars and a chorus that sounds like the Heavens are raining down on your ears.

AllRovi.com Review:
Written in the wake of several failed relationships -- a broken engagement for the eldest Eisley sibling, a divorce for the middle sister, and a split with Warner Bros. Records -- Eisley's third album features some unexpected dark moments. Much of the aggression comes from Sherri DuPree, whose marriage to New Found Glory's Chad Gilbert came to an abrupt halt after ten months. On Eisley's 2005 debut, she sang ballads about star-crossed lovers and enchanted forests, but Sherri ditches the storybook romance during The Valley, whose sobering song titles -- "Sad," "I Wish," "Ambulance" -- paint the picture of a girl's broken heart. The Valley isn't necessarily a gloomy album, though; most of the anger is funneled into Chauntelle DuPree's guitar riffs, whose rawness is balanced by the girls' sweet, dreamy harmonies. Co-vocalist Stacy helps even the tables, too, taking the mike during some of the album's brightest moments and offsetting her sister's pinched, emo-influenced voice with a womanly alto. Barely a teenage at the beginning of Eisley's career, she's steadily become the group's creative centerpiece, and it's appropriate that The Valley both begins and ends with her songs. But the best part about The Valley is the emotional spectrum it covers, from the Veruca Salt-ish sneer of "Sad" to the lush title track, where harmonies and strings swell in parallel motion. There's a happy ending, too: Sherri remarried two years after her divorce, followed in 2010 by Stacy, Chauntelle, and drummer/brother Weston. - Andrew Leahey 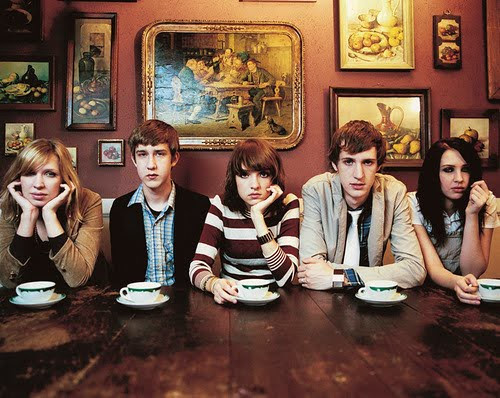 Are they old enough to drink coffee?
Maybe buy it at Amazon MP3 or maybe on the iTunes?
Comments: 0