Lock it away, you're Faye Dunaway in Bonnie & Clyde

I've heard of skeletons in the closet, but this guy's got something else entirely in there.
Big fan of the Hello Kitty nite lite in the corner too...

The Seventh edition of ColoringBookLand is out. 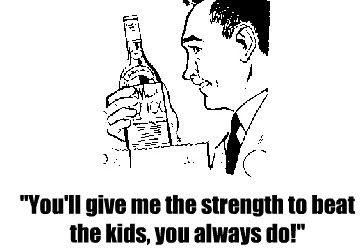 The images are shown in censored versions, so while they're probably not technically safe for work, you can visit the page without having to see a crudely-drawn Buffy the Vampire Slayer (who isn't actually a cartoon by the way) diddling herself as vampires look on and the commentary from the "art critics" is actually worth reading. Y'know, if you think Brian Peppers is funny...

Beeee-Low's got a great rant on why REO Speedwagon is so awesome.
And he nails it.

This grandma is hardcore.
And she's really into video games:

Doctor - "I hear your knee hurts a lot since the operation, and that you're an artist. So what else do you do besides painting?"

Doctor - "What games do you play, exactly? Solitaire?"

Grandma - "It's a role playing game."

Doctor - "So...... [long academic pause]....do you think that maybe this role playing game has made it so you cannot distinguish reality from fantasy? Are you playing a role right now? Does your Pokemon character's knee hurt? And perhaps maybe that's why your knee is hurting, that maybe it's all in your head?"

Grandma - "How fucking stupid do you think I am?"

Hey, Red States: We're taking all the Blue States and making a new country.
We get the Statue of Liberty. You get OpryLand. We get Intel and Microsoft. You get WorldCom. We get Harvard. You get Ole' Miss.
We get 85 percent of America's venture capital and entrepreneurs. You get Alabama.

Nice Jim Roll and The Victrolas double-header at Madison House this Sunday. 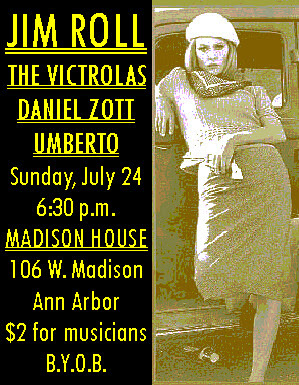 Right across from the Washtenaw Dairy.

Remember, the first episode of Firefly on the Sci-Fi channel starts Friday night at 7:00.
Mal: "We're not gonna die. We can't die. You know why? Because we are so...very...pretty. We are just too pretty for God to let us die."

Thanks Dan
Thanks Grimmda
Thanks Double Viking
Thanks Christy
Thanks Brandon