One last chance to get it all wrong

My Last Show In Porchsleeper Is This Saturday

Hope to see you there.

Another rap video from the same dudes that did "The Chronic-What-Cles of Narnia" for SNL. This one's called "Bing Bong Bros." and is all about looking at stuff.
and showing people stuff.

Remember Tom Green? Now he's back, and in Rap form.
Hmmm...now I'm wondering if that testicular cancer he had might have left him voluntarily...

Uh... if Jonathan Rhys-Meyers ends up dead, I was with you, right?
Right?

SOMEBODY had to write this, and it might as well be me. I haven’t seen “Brokeback Mountain,” nor do I have any intention of seeing it. In fact, cowboys would have to lasso me, drag me into the theater and tie me to the seat, and even then I would make every effort to close my eyes and cover my ears.

And I love gay people. Hey, I’ve got gay acquaintances. Good acquaintances, who know they can call me anytime if they had my phone number. I’m for gay marriage, gay divorce, gay this and gay that. I just don’t want to watch two straight men, alone on the prairie, fall in love and kiss and hug and hold hands and whatnot. That’s all.

As Brian so aptly put it "I'm not against gays, I'm against love." 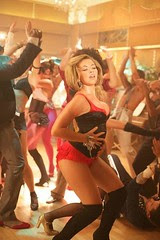 uh...anybody else remember when Charlotte Church used to be that sweet little girl who sang opera?

The best viral videos of 2005 in case you missed 'em.
Shining, God Warrior, "Boom Goes the Dynamite" guy, Leeroy Jenkins, America We Stand as One, "George Bush Does Not Care About Black People" so sayeth Kanye...It's all there.