Awesome Photo of my Dad and Joyce on TV at Game One: 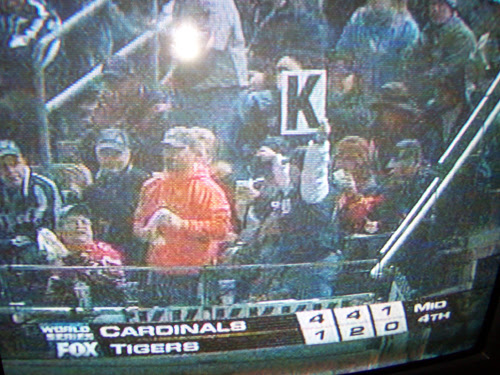 The guy in front of them puts a "K" on the glass in front of him every time the Tigers get a strikeout. 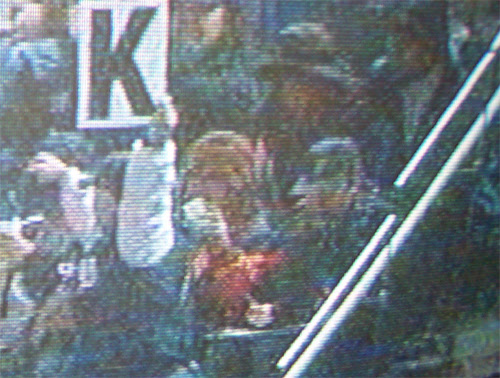 Dad is in the Olde English "D" hat, keeping score right by the rail,
Joyce is right next to him (behind the "K" guy's shoulder) with the red hair.

Watching the game, I can't help but be reminded of Matt Tobey's 2004 post about Albert Pujoles' name:
Anybody Know Who Won That Game Last Night?
I mean, I watched it, but I spent the whole time distracted the same way I spent every other game of the series: Using "Pujols" in funny sentences. You know, because it sounds like "poo-holes?"

The people of St. Louis sure love their Pujols.

I bet the Cardinals wish they had ten Pujols.

I didn't know Pujols could do that.

I wonder how many people in that stadium are thinking about having sex with Pujols.

If you look below Pujols, you can see Jenidles*.

*I also like to pretend there's another player named Burt Jenidles.
Comments: 0