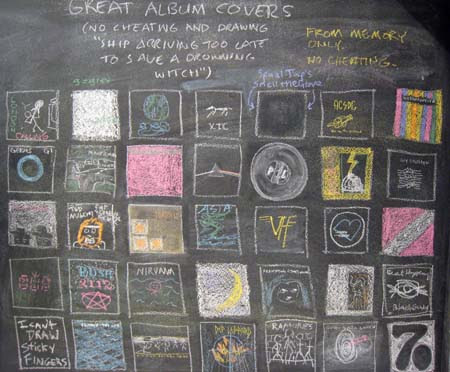 I found this great site that posts scans of people's grocery lists. Their Top 10 Lists are something to behold.
List #505: "Oreo B Interdental Refills" — now I don't know what an interdental refill is, but I am sure they are more fun to use if they're made out of Oreos. Also, "bourbin."

I dunno if you've been following this, but when Steve Jobs (of Apple) said that if it were up to him, they would get rid of DRM in a heartbeat, but Macrovision kinda heard this and said "Whoa whoa whoa, we make a lot of money selling DRM technology" so they wrote a response saying "No no, DRM is good. You like DRM." Well some joker wrote a translation of what the folks at Macromedia were really saying.
Macrovision: Well maintained and reasonably implemented DRM will increase the electronic distribution of content, not decrease it.
Translation: I am high as a kite.

February's CD of the Month:

"Carnavas" by Silversun Pickups
Really great My Bloody Valentine swirliness paired with Breeders-y/Luna guitar and drum work. They remind me a little of Rogue Wave but more impatient, or "Gish"-era Smashing Pumpkins in deaminess and occasional intensity. Go to their MySpace Page and listen to "Lazy Eye" or watch the video on YouTube right here:

Any band with a cute bass player and a cute girl in the video gets extra points.

A great fake interview with Chris Cornell where he complains about how much Audioslave sucked.

I look him dead in the eye and say, “Look dude, I don’t give a shit about being politically correct. I don’t even fucking VOTE.”

Well holy shit, you would’ve thought I took a dump on an amp head. The room went dead silent.

Finally, the guitarist speaks up, “Chris, I thought it was clear we were going to be an agenda band.”

I’m like “Agenda band? I’ve got an agenda: to make a lot of fucking money, get laid by lots of chicks and open a restaurant in Paris.”

They were aghast. The bass player is like “Dude, you used to care about the common man – remember the flannels!” And, swear to God, he pumps his fist in the air. 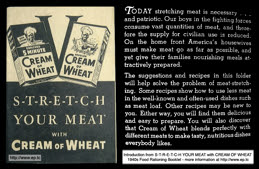 Boing Boing urges you to Stretch Your Meat

Thanks David
Thanks Dan
Thanks Brian
Thanks BoingBoing 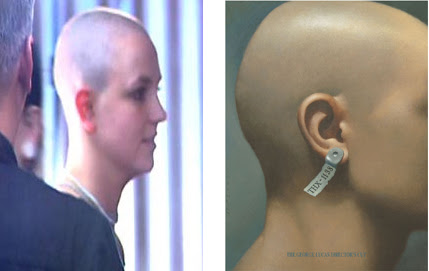 Stolen wholesale from the new improved Whatevs.org, because I couldn't have said it better myself:

I can’t help but think that if Jack Kerouac were still alive, he would’ve IMMEDIATELY taken the red pen to his legendary phrase (”Boys and girls in America, they have such a sad time together”) after watching The Hold Steady’s performance on Letterman last night. Because whether or not you actually enjoy their songs, there’s simply no denying that there’s any other rock band bringing a higher level of joy and ebuillience to their live performances. Sad time together? More like RAD time together.

which gets me thinking … why don’t more bands smile on stage? Don’t get me wrong, disaffection and despair have inspired their fair share of awesome tracks, but there’s just something that’s so rousing and fresh about a watching a bunch of dudes in their middle 30s flat out WAIL on stage and have a good time doing so. I can see why a lot of people don’t get Craig Finn’s vocal stylings on wax, but after watching this guy live, I CANNOT see how anyone can fail to be inspired by his passionate delivery. Super Best!

Trailer for the movie Fanboys, about four guys in 1998 who travel cross-country to try and steal a print of Star Wars Episode I.
Imagine their disappointment.

Things this trailer for the Grindhouse movie Detective Frankenstein has going for it:

Things I can't get behind:

My buddy Jason has started a new blog called The Asshole Report where folks like you and me can e-mail in and submit tales of assholes that you meet in everyday life. I submitted a pair of assholes myself.
Point out your own asshole by e-mailing aholereport@gmail.com. You'll feel a sense of relief when you share your asshole with the rest of the world, I know I did.

Very cute photo of Sco-Jo accepting the Harvard Hasty Pudding Woman of the Year pot or cauldron or whatever it is.
You gotta admit, those Harvard guys ain't stupid. Sure, this award usually goes to someone who has made accomplishments in the field of comedy, and Scarlett has only really done that one Woody Allen movie whose name I can't remember because everybody said it wasn't good, but hey, if you're a 19-year-old with a boner for Scarlett Johannson and you have the unbridled power of a bunch of nerds who think they're funny, you might as well invite her to your "theater" for an award.

Worth watching if you ever have to deal with the technologically challenged:

Thanks Jason
Thanks David
Thanks Kris

Due to heavy snowfall, we didn't have school today, so I asked Tapestry for a Snow Day playlist. This is what it created:

James Brown on the T.A.M.I. Show/Same Tape I've Had For Years

Stoopid Tivo didn't tape the Police performance on the Grammys. Anybody seen it on the innernets yet?

Some People Come From Overseas to Ypsilanti

Totally weird commercial for McDonalds via the spliff-addled brains of Sid & Marty Krofft's design team.
Read about the lawsuit Here:

Bonus points for anybody who can track down who is performing that theme song.

Nice '80s style tribute video: "Bay's Touch" (Michael Bay, obviously) which is actually a shot-for-shot parody of the music video for "The Touch" by Stan Bush - from the "Transformers The Movie" soundtrack, circa 1986 - and probably one of the all cheesiest tracks ever created by mankind which you may remember Marky Mark singing in Boogie Nights.
"I think the bass is taking away from my vocals."

So Here's a paragraph I never thought I'd see:

"A NASA astronaut who drove hundreds of miles to confront a romantic rival, wearing diapers on the journey so that she would not have to stop to use the restroom, appeared in court today facing charges that included attempted kidnapping, and was ordered released on $15,500 bond."

"Marmaduke is making it painfully obvious that he is coming over to
his fat, elderly neighbor's house for one reason and one reason only:
to play a game of Backwards Superman."

Legendary/infamous 7" record "Back to Ypsilanti" by Lee Osler now available to the world in MP3 form.
Man, if only I had some rollerskates right now.

Have you seen this girl respond to My Dick in a Box with My Box in a Box?
Maybe it’s not innovative but it had to be done. Also, the complete earnestness with which this girl delivers her heartfelt r&b ballad is terrifying. You can never detect that she’s joking, even while she’s dancing with a Christmas present on her crotch. 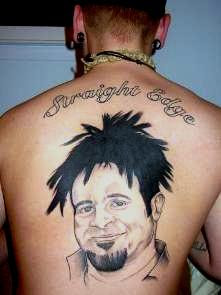 This clever soul was playing Rollercoaster Tycoon and figured out a way to attract a large crowd, build half of a rollercoaster, and then plow the rollercoaster car into the waiting line of excited ride-goers.
Bonus points for using a TMBG song as the soundtrack, but those bonus points are taken away because "Older" doesn't really have anything to do with rollercoasters.

Really nice photo of fireworks competing with lightning.
Oh, and if that isn't cool enough? There's a comet in the middle. 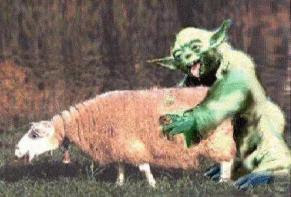 DataWhat faithful reader Kevin sends along this ad for a car dealership entitled "F**k You Baltimore!"

Some language not suitable for Grandmothers

"The World Is Peaceful When You Stop Talking"

Choice footage of Desmond Dekker performing "The Israelites" on some 1969 TV show.

Fascinating Early demo of "Intergalactic" by the Beastie Boys.
No idea where it is from, but it is a lot more stripped down and has very different rhymes and structure.

Blah blah, Boston terror scare Aqua Teen Hunger Force overreacting media, widespread panic and destruction, etc. The best part by far is that the two guys who got arrested for being associated with the cartoon would only answer questions about '70s haircuts during their press conference. 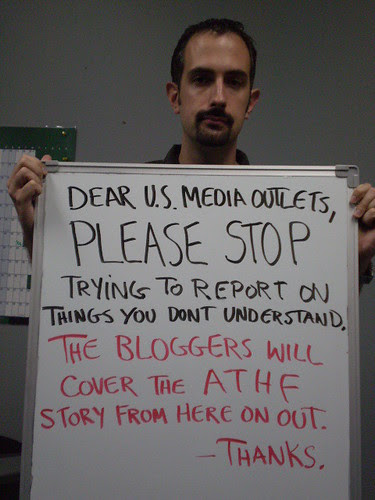 The Guardian has a story about a woman who feels totally disassociated with her legs and wants to have them amputated. Kinda like a transsexual might feel like a man trapped in a woman's body, this lady just feels like she is a legless person trapped in the body of someone who (unfortunately) has legs.
It gets really weird when she tries to freeze her legs in order to force doctors to amputate them. Man, the world just keeps me guessin'.